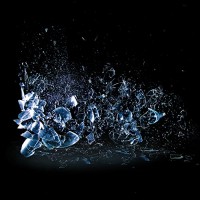 â€œIs it better to burn out or fade away?â€ is one of the most asked questions in music history, one that The Dillinger Escape Plan will not have to answer. Instead, the band, after earlier this year announcing Dissociation and its subsequent tour would be their last, has peacefully resigned.

Itâ€™s safe to say everything about The Dillinger Escape Plan is calculated, from the intricacy of their spellbinding technical expertise to their nineteen-year career yielding only six full lengths. Dissociation is the result of careful planning, not just for a new album but as the final piece of the DEP canon. The album collects everything youâ€™ve expected (or pleasantly unexpected) from the band. It contains plenty of early DEP sounding tracks like â€œManufacturing Discontentâ€ as well as One of Us Is the Killer-esque â€œSymptom of Terminal Illness.â€ But as with all releases, there are a few left turns. The schizophrenic instrumental â€œFugueâ€ sounds like a Flying Lotus track for the hardcore fan, which aggressively contrasts the spoken word poetry that precedes it.

Every member is in top form here. Ben Weinman has crafted an eventful aural masterpiece, whether improvising in studio or refurbishing ideas from the DEP vault (apparently parts of â€œFugueâ€ have existed for a while). He and Kevin Antreassian are violent with their guitars. For proof look no further than â€œHoney Suckle,â€ but really there isnâ€™t a bad example to be heard. And whether heâ€™s channeling Mike Patton or Trent Reznor on â€œApologies Not Included,â€ Greg Puciato has never sounded better. His screams are perfectly guttural but, on the title track, he sings beautifully over shifting electronics and subtle strings. â€œCouldnâ€™t stay for you, what a strange way to lose,â€ packs a punch thatâ€™s hard not to get emotional over.Â

The back half of DissociationÂ displays a band expertly executing their final moments. They go into full Dillinger for three and a half tracks before slowing things down and riding them out on â€œNothing to Forget.â€ The song finds soft strings, Billy Rymerâ€™s rapid-fire drums, and Puciato begging, â€œPlease let me be by myself!â€ as it transitions into the closing six-minute title track which can only be defined as stunning.

And with that, The Dillinger Escape Plan is finished. Theyâ€™ve given the world some of the most brutal, most beautiful, and truly experimental music any fan could ask for.Â

Arms Aloft: What A Time To Be Barely Alive