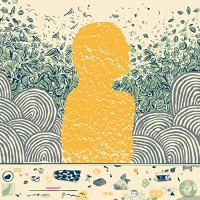 I'm Glad It's You have quite a unique dimension to them. Daydreams was an EP that really felt like a little brother to the kind of music Joyce Manor make but respectfully, the former came off a bit more unhinged and loose -- which really worked in their favor. Leading into The Things I Never Say, I was a bit skeptical because when you pick up on so much potential, you run the risk of setting your hopes too high. In turn, there's the chance of disappointment. However, it's a pleasure to report about this powerful leap that harnesses the charm of old while still managing to step out into and own the limelight with a sound that's way more diverse. More so, one that feels bigger and better than ever. Going from promising to complete is a hell of a thing and they take it one step further with one of the best rock records this year.

The last EP was mostly about pop-punk bangers but this album follows more the route of Posture and The Grizzly a la Busch Hymns. I'm Glad It's You make epic progress here as they really drown in the alternative/indie side of the ocean on tracks like "The Things We Lose" and "Small Talk" -- which reiterate how expansive they've grown. Sure, there are still the Joyce Manor parallels on tunes like "Keepsake" and the title-track (all a hell of thing!!!) but it's when they step out into more versatile and indie territory, you really sense the band's strength. Emotional and energetic but one that knows when to lay back. "Communion" is a great example of how they balance this soft-loud dynamic with one of 2016's most guitar-driven and intricate albums. So much character's derived amid the little riffs and solos littered all over. That said, they dial things back further toward the end with "Time Capsule" to show just how well toned and neatly arranged things are. There's a fuller, fleshed-out sound amid the variety of tempos at hand which are all amplified on the backs of strong songwriting and catchy, pulsating melodies. Ones that resonate across so many genres producing a top 10 contender for sure at year's end.Â

Hipshot Killer: All the Hell in the World [7-inch]