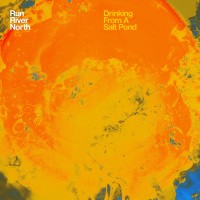 There's an ingrained desire within any big fan of music. A desire to pass your favorite songs andÂ albums on to friends, family and anyone that will listen. To tell the Starbucks barista and that guyÂ in the accounting department, "you've gotta hear this shit." To have them come back and tell you howÂ much they enjoyed it and to know you've got a sounding board for everything that makes you excited inÂ the world of music.

With Run River North's sophomore effort Drinking From a Salt Pond, there won't be an unoccupiedÂ ear in sight.

On the sextet's eponymous 2014 debut, the pieces were there but they never felt fully assured. TheÂ melodies weren't fleshed out, the vocals were reserved and the songs had builds that never trulyÂ paid off. No such issues are present here: The band is absolutely brimming with a confidence thatÂ permeates every level of their songwriting.

The shimmering "Intro (Funeral) Parade" lets vocalist Alex Hwang soar from the outset, singing, "theÂ ones that are coming bring life or take away death" over a mix of clean chord progressions,Â and light percussion as the tempo keeps increasing. The quick-but-punchy opener sets a perfect stageÂ for "29," a bouncy jaunt that lets Hwang vacillate between carefree verses and urgent choruses. TheÂ rhythmic diversity rewards repeated listens; John Chong's drumming goes from background to centerpieceÂ with ease and Daniel Chae's guitar work does the same. There's so many nuances and clever turns thatÂ are easy to miss at first, or even second listen.

And that's just as true when the band takes their hand off the throttle.

The backbone of the album is the coupling of "Ghost" and "Elam," two songs that are simultaneouslyÂ more reserved and just as busy beneath the surface. The former strips almost all of the instrumentationÂ away for the first half, allowing Hwang's vocal delicacy to coast atop sparse guitar work before theÂ percussion and violins ease their way into the fray. The latter lets the violin work of Chae andÂ Jennifer Rim frame Hwang's attitude when singing "making the same face, the one you couldn't shake /Â you're just a snake making paths no one else can take" before the tempo picks up and bluesy guitar workÂ brings the chorus in. Run River North's arrangements throughout are so wonderfully woven, connecting notÂ only verse to bridge to chorus, but one song to the next.

It's not only the backbone that connects, though. It's the heart. Without that the backbone is justÂ holding together an empty structure that can't move on its own.

Heart is provided by "Can't Slow Down" and "David Robinson," songs as dispirate as they are importantÂ to the album as a whole. "David Robinson" is an aural delight, slowly building to a gorgeous, airyÂ chorus and then letting back down into melodic, mid-tempo verses before ascending into the clouds onceÂ again. "Can't Slow Down" comes in with some tight drum fills before a quick verse an an absoluteÂ eruption of a chorus. This is Hwang at his absolute best: Yearning and energetic in spades, providingÂ rollicking exclamation and a song of the year candidate at the very same time. There's such a palpableÂ urgency to it all.

Run River North's progression from their 2014 debut to this unbridled triumph of a record absoutelyÂ cannot be overstated. In providing equal measures of energy, soul and nuance on the album, thisÂ California product has established itself as one to keep an eye and two ears on for years to come.

Make sure to tell your friends.