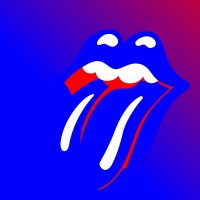 Itâ€™s a wise choice for the Rolling Stones to make Blue & Lonesome, their first new album in 10 years, a blues-cover album. Theyâ€™ve been accused of â€œgetting oldâ€ since 1970 and really have never bothered to pay credence to that attack, routinely kicking out straight up rock and roll albums. Mick Jagger has always been Mick Jagger, be it at age 19 or age 73. But, were they to just come out and say â€œhereâ€™s a new albumâ€ after such a lengthy absence would smack more of marketing than inspirationâ€¦ and in fact, Blue & Lonesome was recorded as a sort of warm up for new material (that may very well never be released.) But, at this point in their career, Blue & Lonesome is the perfect summation of the band- a rock band that loves electric Chicago blues music. But, unlike rock, blues can age with its players. Look no further than BB King. And so, the Rolling Stones, the average age of which is 73, take to the genre that birthed them and the genre that welcomes them back after 50 years of doing what they do.

Frankly, it is a pleasure to hear the band play off each other. Since 1989â€™s Steel Wheels, the band has surrounded themselves with session musicians, collaborators, and marketers, resulting in albums that at times were unfocused. Even their return to form, the excellent 2005 A Bigger Bang ran for about three tracks too long. But, on Blue &Lonesome, its basically the four Stones doing what the Rolling Stones do, in powerful simplicity. 1995â€™s Stripped reached for this, but it too, was tangled by too many fingers.

Here, Mick Jagger, sounding as fiery and as blues-ey as ever, howls and wails and moans over Keith Richardsâ€™ iconic tone. They may or may not hate each other, but damn, do they play off each other well. Jagger seems to have really focused on getting the loose, messy, spastic blues delivery on record. The title track, with its lagging beat, doesnâ€™t sound like four guys playing the blues, it sounds like four guys playing and blues is what came out. It would have been easy for the band to sink into formula or approximation, but instead, it really does sound like the band is playing from their stomachs, here. Likewise, Jagger, whom Keith Richards has said is one of the greatest harmonica players ever, makes a damn fine argument for that title. â€œHoo Doo Bluesâ€ features Jaggerâ€™s stabbing harmonica, darting in and out of rhythm, showing that while Blues may be built on repetition, itâ€™s that deviation that makes this music so interesting.

Likewise, Richards and Ron Wood have become ever more the gunslingers, with Ronnie taking a more pronounced role than the past. The pair revel in low rumbling, heavy, train-track clacking guitar lines. When they pick up the pace, like on â€œHate to See You Go,â€ their interplay results in two shifting sides, one that draws your attention and one that pulls you towards it, while hiding in the back. Both men clearly feel as that despite being rock stars of the highest caliber, they still have to prove themselves to their blues heroes, and the focus on technique, and getting those bends juuuuuuuust right. See also Charlie Wattsâ€™ drumming which might be the most violent its ever been.

But, while the rockers establish the theme, itâ€™s the slow numbers that really drive the point home. The title track proves that the band understands the genre not from the mechanics- what scales, how to bend notes, yada yada â€“ but that it comes from an internal feeling that can only be expressed through this kind of playing. That is, the playing does not conjure the spirit, the spirit conjures the music. As Mick howls â€œbaby pleeeeease come on home to me,â€ while Keith builds those famous open-g walls behind him, itâ€™s clear that the band isnâ€™t trying to re-live their past and theyâ€™re certainly not trying to make the case that theyâ€™re a young band. Theyâ€™re tapping that same essence that fueled their early fiery singles and those classic mid-period albums, and moreso, theyâ€™re showing that this music does not age, it is ageless.