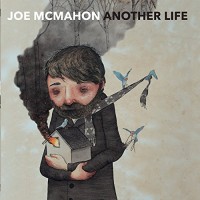 Joe McMahon has come quite a ways as a songwriter since the early Smoke or Fire and Jericho (RVA) albums. Smoke or Fireâ€™s Above the City was the bandâ€™s most aggressive and lasting fan favorite, but the tone of their albums changed towards more personal and textured songwriting on This Sinking Ship, while still maintaining the aggressive political tone on many of the tracks. The Fat Wreck 50 States Tour really seemed to have an effect on the band, leading to songs about touring too much, missing home, and wondering about the importance of success and community while relationships at home were suffering from the rigors of tour. The subject matter merited a bit more consideration, and there was a tension in the later two Smoke or Fire albums between the punk-forward songs and the more personal ones.

Another Life develops an element to McMahonâ€™s songwriting that wasnâ€™t fully realized in previous albums. This isnâ€™t just a frontman with an acoustic guitar, but more in the vein of the first Chris Wollard & the Ship Thieves album (who happens to make a guest appearance).The most notable aspect of the album is the strength of his singing â€“ in Smoke or Fire, the shouting was the strongest element, whereas on this album he has really developed his cleaner singing voice. It fits with the production of the album, which is most often acoustic but features a full band and full production.

Itâ€™s safe to say that thereâ€™s a bit of frontman goes solo acoustic fatigue around punk in general, but fortunately this album is more of a continuation of the less aggressive and more textured sound that Smoke or Fire was heading than a side project of Joe McMahon singing 12 versions of â€œCryinâ€™ Shameâ€. Still, the album has plenty of variations in tempo and tone, from the moody â€œChained to Ghostsâ€ to the driving â€œFavorite Highâ€. Itâ€™s thoughtful, well-produced, fully thought out, and worth a listen or ten.

Beachcraft Bonanza: From Cradle to Wave