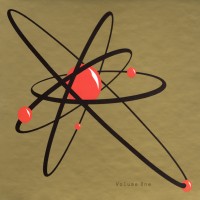 Volume One, comprises re-mastered and re-mixed versions of Another Day in Paradise Suburban Teenage Wasteland Blues, Twisted by Design, and on vinyl for the first time, The Skinny Years: Before We Got Fat. The box set also includes the eponymous release of the oft-discussed and delayed Strung Out DVD, The Good, the Bad, the Fast, the Rad, featuring full live sets of 2012â€™s "Twisted in a Suburban Wasteland" tour from Montreal. Digging into the Strung Out box set is not merely listening to records; it is an odyssey through one of the definitive crossover punk-metal bands to ever play music. Despite never filling stadiums or selling countless millions of records, Strung Outâ€™s place in music history endures with the albums comprising this collection. Each disc is a story that the members of Strung Out retell with profound gratitude for their positions in life.

I started my box set experience by putting the LP of Suburban on the turntable. Depending on whom you ask, Suburban is the definitive Strung Out record. While my tastes lean towards the heavier, darker sounds of An American Paradox and Exile in Oblivion, Suburbanâ€™s influence on my own musical tastes is undeniable. My biggest problem with Suburban is that Iâ€™ve always hated the original guitar recording. Frankly, the guitars ruined the sound of the record for me. The re-mixed and re-mastered Suburban was the disc I was most looking forward to from the box set and it does not disappoint. The album has taken on a new, full life. I have loved â€œNever Good Enough,â€ â€œSpeed Ball,â€ and â€œGear Boxâ€ as much as Iâ€™ve ever loved any song and now I feel the sound of the actual recording matches the quality of the songs. Guitarist Jake Kiley also included an essay about the record, including the comment that â€œin 1995, JB really was about the best drummer in punk.â€ The updated mixes add clarity not only to guitars, but also to some of the best punk drumming ever recorded. Another easy-to-miss gem is included within the Suburban liner notes are the short writings about the missing master tapes and why the remixing of Suburban is incomplete. Suburban Teenage Wasteland Blues finally sounds how it is supposed to sound. This is a very worthwhile purchase, the best disc in the box, and is even worthy as a standalone purchase from Fat Wreck Chords to replace any old copies old fans might have lying around.

Twisted by Design was up next and the Jason Cruzâ€™s liner note comments dedicate this disc especially to the memory of influential founding bassist Jim Cherry. To me, Cruz steals the show on this album. I will never forget the first time I heard the introductory seconds of â€œToo Close to Seeâ€ in 1998 in my friendâ€™s bedroom and then hearing Cruzâ€™s vocals. We both agreed nobody could sing like Jason Cruz and this review would be remiss to not give him such credit.

This album has always been among my top five of all-time and itâ€™s no different now. I always enjoyed the sound of the original record. Twisted is produced by Ulrich Wild, who also produced Panteraâ€™s The Great Southern Trendkill, one of the muddiest, angriest sounding records ever made; Twisted sounded great when it came out, and it sounds incredible on this reissue. If you like Strung Out, youâ€™ve heard Twisted; if you havenâ€™t heard Strung Out, broaden your musical collection by immediately getting a copy. The reissue includes the artwork for 1998â€™s Crossroads EP, as well as the tracks from that EP, â€œGhost Townâ€ and the phenomenal â€œBarfly.â€ â€œIce Burnâ€ and the â€œUltimate Devotionâ€ both sound incredible. Also, after omitting the lyrics in the booklet of Twisted in 1998, the lyrics are finally published with the set. For further listening related to the Twisted-era, check out Jim Cherryâ€™s band, Zero Down.

A few weeks later, I finally spun Another Day in Paradise. My first thought was that it had been at least a decade since Iâ€™d listened to a single song from the record and I was struck at how intense, tight, and well performed the album actually is. Jasonâ€™s vocals are deep, the drumming is phenomenal, and the album art contains a wonderful picture of a teenaged Jake Kiley wearing a Green day T-shirt I also used to own. For the most part, the album holds up very well; the lyrics, especially the critically-oriented â€œLost?â€ and â€œIn Harmâ€™s Way,â€ are perhaps more relevant today than in 1994, with jabs at the American Dream, poverty, and the health of the American people.

To be honest, I really had no interest in The Skinny Years, having been disappointed by it when it was first released on CD years ago. Revisiting this collection for this review, it seeps through with Southern-California influences like Black Flag, the Adolescents, Pennywise, and the Descendents. Itâ€™s fast and is a good showcase of a very young band on the cusp of finding themselves. When comparing it to my own bands from my teenage years, the Skinny Years demonstrate immense potential. Many fans will remember standout track â€œSupport Your Troops,â€ from 2002â€™s Live in a Dive record; Jim Cherryâ€™s vocals are also aplenty on Skinny. This box set would not be complete as a Volume One without The Skinny Years, and Iâ€™m sure fans are happy itâ€™s included in its first vinyl pressing ever.

Over the years, Strung Out has said much of the to-be-determined release date of a DVD. As a member of the Strung Out discussion forums, the â€œBoardiesâ€ (hey guys!) and I begged Strung Out incessantly during the release period of Exile in Oblivion for a DVD. Ten years later, most of the boardies have moved on with their lives of having kids, getting married, and gracefully moving towards middle age, but I hope you all have gotten around to watching The Good, the Bad, the Fast, and the Rad. While much moaning has been done surrounding the fact that Jake Kileyâ€™s guitars basically not exist on the DVD, the set is a grand gesture from the band to fans who have continued to support them for years as the popularity of punk has waxed and waned. In my hometown of St. Louis, Missouri, Iâ€™ve been to Strung Out shows with as few as 25 people in 2012 to as many as 450 on tours supporting Twisted and An American Paradox; the fans in Montreal come out in force as a crowd, so itâ€™s a perfect venue for filming. The most impressive feat of the Twisted in a Suburban Wasteland tour is Jason Cruzâ€™s vocal endurance. Watching a man in his late 30â€™s gracefully perform both of the albums in a row on the DVD is certainly a treat.

The box set is a lovely collection for old fans and new fans. If you are inclined to purchase environmentally degrading petroleum-based slabs for your music listening pleasure, the vinyl box set is a gorgeous piece. The entire set comes with a digital download, DVD, and large poster.

Personally, I hope Volume One is a send-off for most of the songs on Twisted and Suburban. The band is far too talented to only be a legacy-act for their albums from the mid-nineties. Iâ€™m sure most fans are still curious what Strung Out will offer with Transmission Alpha Delta. Cruzâ€™s artwork project for the record has been a joy to watch for the last year, the comments from producer Kyle Blackâ€™s Instagram account have been tantalizing.