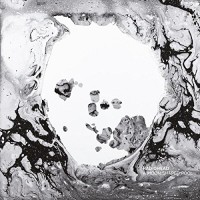 On Sunday December 18th, 2016 Dr. Rachel Owen passed away at the age of 48 from cancer. She was a renowned artist, mixing photography and printmaking, as well as a scholar in medieval Italian literature and a retained lecturer who taught Danteâ€™s Divine Comedy to Pembroke University finalists in Italian. Despite her illness, she continued to teach and did right until the end of the last Michaelmas term. At her death she left behind a son and daughter ages 15 and 12. Rachel met Thom Yorke while they were at the University of Exeter and remained together for 23 years until they split amicably in August 2015â€¦

A Moon Shaped Pool is the ninth studio output by Radiohead, released in May 2016. This is an album highlighted by years of a life lived. Almost like a swan song, or an album of finality. The death of Rachel adds weight and makes its relevance more felt. I donâ€™t know why the relationship ended and it doesnâ€™t matter, but songs have now been written and the lyrics can tell the story through imagery and prose.

I want to focus on three individual tracks from the 11 present.

Near the end of the music video for the song â€œDaydreamingâ€ Thom York crawls into an icy, snow filled cave and lays next to a mysterious fire. It seemed to have already been made for him to warm up to. At that moment the camera shifts focus and Thom turns his head on its side and his voice becomes backmasked, a technique the band has used before. Since the songâ€™s debut fans have worked on that last bit of vocal performance to determine what Thom was saying. What we know now is that heâ€™s saying the words, "Half of my life", "I've found my love", or "Every minute, half of my love". In the video Thom walks through precisely 23 doors, perhaps an allegory to half the life he spent with Rachel. He seems despondent, confused, and very tired. Thomâ€™s voice hasnâ€™t sounded as aching as it does on â€œDaydreamingâ€.

Adding to the overall feeling of the song is the brilliant orchestration by Jonny Greenwood. Itâ€™s very simplistic, and the minimalism of the piano keys, electronics, and the buildup of the strings performed by the London Contemporary Orchestra, make a dramatic scene thatâ€™ so overwhelming and outright dazzling it makes one breathless. Thereâ€™s no easy way to describe gorgeous music except with clichÃ© words like beautiful and dazzling. But really, the buildup of the song sends the listener into orbit, and you float around like a satellite straddling the earth circumference and looking down on yourself from above. All that space builds and builds until it comes crashing down at the end with the celloâ€™s set to low and making growling sounds. Itâ€™s a song that is almost too much to take in at once. Itâ€™s draining and you wonder, â€œWhy is this making me feel this way?â€ â€œWhy is this song touching these nerves?â€ That my friend, is the power of music. The little hairs stand up and you get chills. You stop in your tracks and tune out everything else.

Radiohead are still full of surprises.

When they jumped ship and deleted all their presence on social media people got nervous. â€œWhat the heck is happening?â€ â€œSomething fishy is going on!â€ â€œWait, what are these weird Claymation clips popping up on Instagram?â€ â€œWhat are those, strings?â€ â€œIs that, orchestration?â€ â€œMy word!â€

Â â€œBurn the Witchâ€ was the first single to be released from the album and itâ€™s accompanying music video made fully out of Claymation is a site to behold. It escapes all pretentiousness and makes one guffaw over the idea, the notion that a band as huge as Radiohead would premiere with such a radical change in sound and vision. For those who remember UK childrenâ€™s shows like Camberwick Green and Trumpton, they immediately saw social commentary front and center because those shows were innocent and showcased slice of life scenarios, but the music video instead showcases cult-like townsfolk who â€œburn the witchâ€ by setting fire to the main character Wickerman style.

Lyrics in the song like â€œStay in the shadows / Cheer at the gallowsâ€ and â€œAvoid all eye contact / Do not react / Shoot the messengersâ€ relate to perhaps groupthink, mass surveillance, self-policing, and migrant crisis, particularly in the UK. Adding to the depth of words is the orchestration. The strings are using the technique known as col legno battuto, which is where the player is instructed to strike the string with the stick of the bow, rather than by drawing the hair of the bow across the strings. This creates a percussive sound and throughout the track it chugs along leading the listener on a journey. That of course disintegrates and we are then met with conventional chord progression that then erupts into Bernard Herrmann-like territory that treads on the scary vibe. It then cuts off like someone sliced it with a knife.

Where do we go from here?

â€œTrue Love Waitsâ€ is perhaps the albums best track and now another legendary closer among the likes of â€œVideotapeâ€, â€œThe Touristâ€ and "Motion Picture Soundtrack". This is considered to be one of Thom Yorkeâ€™s best songs and it was already a fan favorite before it was given a studio version. The song was first performed back in 1995 and since then has been sporadically performed live with many bootlegs popping up showcasing slightly altered versions. The most well-known version was added to the ep, I Might Be Wrong: Live Recordings, which was taken during the bands 2001 tour for Kid A and Amnesiac.

Stripped away and peeled back slowly, the song has now become the last heartbeat of the album. Itâ€™s use of a minimal, four-note piano figure with overdubs is genius and gives the song a melancholy sadness and earnestness that is only heightened by the frank and simplistic lyrics.

Fitting in relation to the breakup mentioned before, â€œTrue Love Waitsâ€ is like saying goodbye to a ghost of your past. Maybe the main character stumbled upon something that reminded them of things long gone. The memories come flooding back and It churns the stomach. Itâ€™s too much to take all at once. Oh man, thatâ€™s powerful! So many artists try to express those types of feelings, but never accomplish enough to warrant the sometimes over dramatic lyrics. Thom wrote something much simpler, and yet more effective. A for great writing. A scholar of words and such. The years waiting for the song to finally appear were worth it.

Thereâ€™s a lot more to be said of A Moon Shaped Pool. More to obsess over, dissect. Not all can be written down here, but just a few highlights. Radiohead came back in 2016 with an album thatâ€™s not traditional and yet itâ€™s still Radiohead. The remaining tracks each have their own wealth to discover and overtime people will go back through each one and touch upon what they think they mean and what it feels like to them personally.

This review is just the start of a conversation really. Not all can be cracked at the start. It takes time to sink in, to reflect upon. Good music can age like fine wine and Radiohead are nine bottles in. Dig itâ€¦