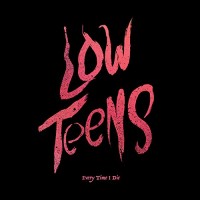 Every Time I Die have never minced or watered down anything since their first full-length over 15 years ago. Keith Buckley's masterminded so much raw emotion, power and helped provide an experience that's always as vicious as it is captivating. Low Teens is another example of this, encapsulating the best of the eight LPs that came before, and really representing the history of the band -- dynamic metalcore at its best.

In terms of their vintage heavy sound, "Glitches" and "Awful Lot" are the ear-assaulting tracks you wanna sink your teeth into; fit for fans of Slipknot and Code Orange. "C (Love Will Get You Killed)" tempers things back a bit with a melodic, grungy sound that would have surely secured tons of fans in the 90's but surprisingly, the standout comes on "It Remembers" -- a southern-sprawl of a rock jam featuring Brendon Urie (Panic! At The Disco). It's a very cathartic song that melds both singers together so well and lets ETID break free from the stigmas of loud, pounding music they're usually associated with.

Songs like "I Didn't Want To Join Your Stupid Cult Anyway" and "Religion of Speed" also shy away from the hard/metal-core mold but what makes them just as good is how technically-sound, fast and aggressive they consistently are. ETID continue to pour so much rage and passion into their music, it's hard not to take to them. The deluxe edition adds a couple more tracks that really should have been on the original because they're just too sweet to leave out as well. "Nothing Visible; Ocean Empty" is one example of the bonus songs that reiterates that no matter what this band does, they rarely miss the mark.Â