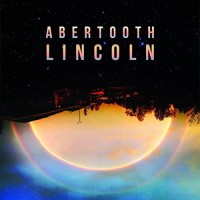 Abertooth Lincoln has been a mainstay in the Dayton Ohio’s music scene for going on a decade now. What hasn’t been a mainstay is who plays in the band. While a few core members have remained, the band has seen a number of musicians and vocalists move through its ranks in this time. This can make it difficult for any band to establish its sound, let alone grow it. Abertooth Lincoln’s lineup changes haven’t slowed them down in either regard. Their latest EP, Selling The Urban Ideal, finds them moving their blend of later era Propagandhi and NoMeansNo in new directions.

One of the changes the band experienced since their last release was in the form of a new vocalist, Ashley Pooler, who uses their vocal abilities to bring a great War on Women vibe to the band. Nowhere is this more apparent on the EP’s second track “20 Minutes of Action.” The song title references a quote by rapist Brock Turner’s father to downplay his son’s actions, while decrying rape culture as a whole for how easily the justice system let him off for his crimes. Nowhere is this better captured than in the lyric, “Like a dive bar run by a good ole boy’s club, using the deplorable excuse that your boy just had too much to drink. We can argue all day, but it’s clear to me the plaintiffs aren't the ones that your courtroom’s protecting.” It’s refreshing for me, as someone who shares close geographic proximity with both this band and Brock Turner, anytime I see members of the local art and music community step up and take strong stands against this guy. While the story provoked a lot of national outrage, there were too many people in our metropolitan area who sought sympathy for Brock Turner and his family because of their personal histories with him.

The personal nature this band brings to social issues makes their anger hit that much harder. As evidenced on Queer and Loathing in Rowan County which makes reference to County Clerk Kim Davis’ refusal to act in accordance with the Supreme Court’s ruling in favor of marriage equality. The song’s anger over systemic disrespect for members of the LGBT community boils over as Ashley uses ever song, scream, and snarl in their arsenal their arsenal to pour pure bile on the intolerance their community faces on a daily basis.

Other tracks find the band taking on Midwestern racism, decrying the backlash against Black Lives Matter, and grappling with gentrification. For any band, being political has its risks. For one, it can get in the way of the music. We’ve all heard bands that are angry as hell, but channel that anger of the same standard punk approach we’ve heard since the late seventies and then make no attempt to find their own voice within it. That’s not an issue for Abertooth Lincoln, they’ll jump out of blistering fast and loud hardcore into a jazz interlude and then use a synth driven space rock intro on their next song. The ability to do all of this seamlessly has always impressed me on record, and left my jaw hanging open more than once when I’ve seen them live.

This album was released on Friday the 13th, exactly seven days before Donald Trump gets sworn into office. Everything about this album is rebellion and outrage, from the vocals to the guitars, drums, bass, and synth. I would imagine over the next four years, we’ll all find soundtracks or albums that serves as catharsis for our anger. While there are certain to be more, this is the first one being put in the arsenal.