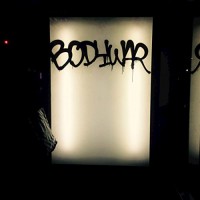 Show Me The Body

Rap rock is a genre which isn’t generally met with positive critical reception. Sure there was that stint in 90s with Beastie Boys and Rage Against the Machine, but just as soon as rap rock broke out, it was hijacked by notorious nu metal acts like Limp Bizkit and Papa Roach. So if you’re going to make a rap rock record these that’s to be taken seriously at all, you need to make sure yourself as distinct as possible from the mistakes of the 2000s. Show Me The Body’s debut album, Body War, is a perfect example this principle and a refreshing new spin on a dead genre.

Show Me The Body is a New York Hardcore/Hip Hop trio who started putting out music back in 2015 with their near self titled EP, S M T B. S M T B played with a lot of the essential elements which have come to define the band such as the airey production and brutal aggression from frontman Julian Pratt, but felt a bit lacking in succinctness. Body War, however, sticks the landing as it corrects its shortcomings in fluidity, while carrying over everything that made S M T B so intriguing in the first place.

This project hits hard right off the bat with the title track, as the first ten seconds are reserved for a squealing feedback loop which sets the stage for the minimalistic intensity Show Me The Body employs throughout the rest of Body War’s 30 minutes. Then the sample terminates its second repetition and the band breaks into a wall of aggression which evokes a strong resemblance to Death Grips before breaking into an almost danceable beat during the refrain. This could be seen as some sort of a mission statement for the band as it seems to touch on all of their strengths.

From there, the band powers through three more hard hitting tracks before arriving at “Honesty Hour”, which is, for me, where the album falls into a bit of a lull. The track starts off promising with atmospheric feedback noises filling the space between Pratt’s hysterical screams, but it never seems to go anywhere: fading out at the 2:10 timestamp. At this point the track doesn’t seem like a complete waste as the restraint in the instrumental could have been a contrasting preface to another, more intense cut, but, instead, we are greeted to the other quiet cut, “Metallic Taste”. I don’t mind “Metallic Taste” on it’s own (sure I think they could have made it a bit more explosive, but there are plenty of cuts on here to satisfy that), but I don’t think its placement in the tracklist does it much justice. “Worth One” isn’t an incredibly strong reentry into the chaos of the rest of the album either. Within the context provided by the rest of Body War, it comes off as filler. Luckily, the band gets their act together and comes back strong with “New Language”, which gives off sort of an Anthony Kiedis vibe in the vocals, and, my personal favorite track, “Two Blood Pact”, before going out with a bang on “Aspirin”.

Body War does have its highs and lows, but overall, this is a strong debut with a lot of ferocity. For those who like the pure aggression of hardcore punk, but are looking for some of the diversity that recent entries into the genre lack, don’t sleep on Show Me The Body.

On A Hiding To Nothing: Formaldehyde