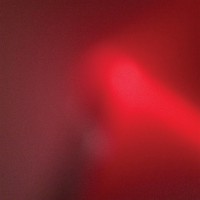 Meat Wave's Delusion Moon felt like the first step into a dark corridor. Emotive, thrusting and painting a good picture of where the band could take their brand of punk, a smart blend of psych/indie/progressive. The Incessant, in every way possible, from the musical drive to the exposed lyrics, feels like a direct sequel to it and strong continuation of the wave of emotions started in 2015. It details frontman, Chris Sutter's, take on depression and mental health after a failed relationship, but more so, it addresses the fear we all feel stepping out into a more vocal, free-to-speak world where words are definitely hurtful as the weapons cutting us apart. It's about the incessant wave of fright we feel right off the bat when we let the world get bigger than us, whether it be through words or in the case of broken hearts, actions.

Now when I say it's a jagged record, I mean it. Most of the tracks feel like a bitter pill with a rough, grainy, garage-flavored sound to them. "Leopard Print Jet Ski" is a fine example of this edgy, rugged vibe (reminiscent of post-hardcore act, Comadre -- RIP) and what it shows too is how the songs all reflect Sutter's emotional spectrum. From his lyrics to the musical beds on tap to his delivery on the mic, he reacts so differently per track. Some songs are jangly and frantic while others are calmly nervous and filled with anxiety, such as "No Light" (which has an aching aura a la Sorority Noise). Another great example would be the violent, guitar-driven punk banger "Bad Man", which encapsulates a lot of self-guilt on reflection and sees him angrier at himself than the other party.

As things progress, you sense with the title track that the story's more about self-punishment because of how jarring and dissonant the songs are. A lot on display reminds me of a similar psych/punk band called Plague Vendor, and that's a good thing. They have the same minor flaws here though, in that it's a tedious and emotionally heavy listen. The album could have done with a few tracks less but apart from the tightening up, it's a great move forward, placing you in the shadows or running through said corridor trying to escape an axe-wielding murderer.