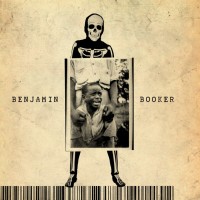 There was a time from around 2012 through 2014 where I didn’t want to listen to music that much outside the normal routine of jamming Aphex Twin’s Selected Ambient Work2 85-92 and Loveless by My Bloody Valentine. I guess it stemmed from a bad concert experience at Coachella 2012, which roughed me up something awful, and I walked away for a long time from music and many hobbies in general.

I still occasionally read up on music just because I like reading and it was interesting to see who these huge festival organizations paid enough to come out of retirement and do a few gigs here and there. It was around 2014 when I started reading about this young new guy named Benjamin Booker. He was getting all the praise for his live shows and all those legendary acts seemed to just be “there” you know?

What happened next was the power of music to make one feel better again.

The self-titled debut from this three-piece Blues/Garage Rock band from New Orleans spoke to me and the song “Violent Shiver” took me by the shoulders and reminded me that traditional Rock and Roll is not dead. You see, after that Coachella “incident” all music somehow became total garbage in my head. Even the stuff I praised before became awful. Everything! It all felt like torture. Besides the two albums I mentioned above, I did not listen too much else besides Native American powwow drums and Gospel hymns.

So yeah, I searched up this Booker guy and found the song “Violent Shiver” and It opened up the doors. For the first time in over two years, I liked music. I even decided to go out on a Saturday to Norman Music Fest here in Oklahoma with my wife and see some live acts. I recall us walking into Guestroom Records and me searching the cases looking for Booker’s album. My wife took a picture as proof.

I eventually found the dang cd, jammed it all the way home, and it was glorious! Every track on this album is terrific and it is a no frills, simple Rock and Roll record. I was looking for something pure and this felt as if I opened a tomb of some forgotten sound buried deep and waiting to be unleashed.

Have you heard this guy? Well you should! Check out the track “Always Waiting” for some fuzzy Garage sounding Gospel Rock and also “Chippewa” which contains some organ and is reminiscent of old Santana. Other album highlights are tracks like “Slow Coming” in which Booker sings in a sorrowful Bluesy way only to explode at the end by distorted emotion (Booker’s voice reminds me of Conor Oberst back in is Commander Venus days right when his voice started cracking), or the excellent Punk-Light “Wicked Waters” with has one of the best music videos to accompany a song I’ve seen in a long time. Also the track “Have You Seen My Son?” has lyrics that seem weathered, or perhaps “old” and full of wisdom and maturity with heartfelt emotion coming from the story being sung. That is pure Blues right there man…

I could go on and on here and review each track, but I will stop. If you dig older Rock like maybe T-Rex or Blues such as Blind Willie Johnson you should dig this. In addition, I recommend listening to the album Songs from Big Pink by The Band. The soft piano and Americana music from The Band is some Booker seemed to be inspired by and whether that was intentional or not it is interesting to hear from such a young man currently.

I’m telling you now, this is great music and even though it isn’t being noticed as much as it deserves, it’s still here and waiting to be treasured, and hopefully helping others to escape the downtrodden landscape of mediocrity.