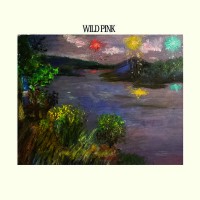 Wild Pink are a band I've tracked for a while now. Their EPs had an indie charm to them that felt like a more stripped-down MewithoutYou. Wild Pink finesses their sound and establishes them as a band with an even stronger voice than before, fully living up to said promise. Flawed? Yes, but still a record that's as anthemic as it is endearing.

The majority of songs are spacey, folk jams built around mid-tempo sprawls. Some mathy, picky stuff... and then some are more rushed and hectic. In terms of being subdued (yet still indie-driven), "Great Apes" and "Broken On" are good examples. They're reminiscent of another band Tiny Engines put out a while ago called It Looks Sad. The difference here is that Wild Pink converges their melodies so succinctly with guitar-intricate rhythms skipping to bass-heavy percussive beats. "Battle of Bedford Falls" is another of these standout jams, which are in stark contrast to the rushed stuff I mentioned earlier. When it comes to these distorted, dirtied and rougher jams (a la "Nothing To Show"), they were what I felt the album needed more of. Things were held back a little but I wouldn't say they played it safe. That said, I can't wait to see Wild Pink move on with the next wave of indie/emo acts out there. They're full of depth, drama and emotive stories, which certainly will carry them a long way.

U2: The Joshua Tree