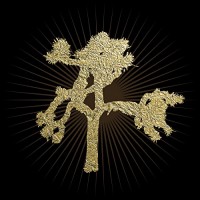 I like to reminisce about certain times and places. I think back on the past in a fuzziness that can be blinding to what actually happened then. I have forgotten some of the bad as well as some of the good. Memories can become twisted and interpreted wrongly. Music though… it never seems to have been forgotten by me. Instead it lives on through me and at this time in my life, is being passed on to my newly born son.

I distinctly remember a ski trip with my parents in either 89 or 90. We went to Red River, NM. What stands out the most about the trip, other than my parents still being married then, is the long drive through the mountains. We owned a Ford Bronco 2 and in the tape player was The Joshua Tree.

Swirling through snowy mountains and driving past desert landscapes the music of this Irish band lingered in my young ears. There is something special about hearing the song "Where the Streets Have No Name"and seeing the amazing sunrise peek over the mountains while the rising guitar work of The Edge angelically lifts you up and sets you on a journey. On the other hand, maybe it was hearing "Red Hill Mining Town"while driving through actual small mining mountain towns in the dusk. The little waterfalls and log cabins setting the scene at an almost picture perfect perspective of dazzling imagery told through the bands musicianship and lyrics.

However, there is also "In God's Country"with lyrics like this:

Desert sky / Dream beneath a desert sky / The rivers run but soon run dry / We need new dreams tonight
Desert rose / Dreamed I saw a desert rose / Dress torn in ribbons and in bows / Like a siren she calls to me.
Sleep comes like a drug / In God's country / Sad eyes, crooked crosses / In God's country.
Set me alight / We'll punch a hole right through the night / Every day the dreamers die / See what's on the other side.

As a Christian, these lyrics always resonated with me personally. The promised land in some ways that lays barren, but is full of life if you think of it in another way. Maybe finding solace with one's religion in a peaceful place, or as the song title states, "God's Country". As a Native American, the lyrics also connected with me spiritually in a traditional sense. Mother Earth, the sacred ground we walk on, the night sky with its many stars, dreaming of dreams and such. But of course there's the notion of the stealing of land from the first people of America, but I have to look past that and still remember that no one owns the earth, no one can really do that. This is bigger than you or me…

The Joshua Tree is about America, as stated by the band. The ideals that came from those first colonists to the times of the Reagan era 80's. But then you get a songs like "Bullet the Blue Sky"which was written about the Salvadoran Civil War and "Mothers of the Disappeared", written after Bono met members of COMADRES—the Mothers of the Disappeared—a group of women whose children were killed or "disappeared"during the civil war at the hands of the local government.

You also have something like "Running to Stand Still"which describes a heroin-addicted couple living in Dublin's Ballymun flats. The lyrics were Irish-based, but the musical arrangements for it have touches of Acoustic Blues, Country Blues, Folk, and Gospel representing more of an American influence, which was new for the band at the time. "Running to Stand Still"is an album highlight, and it is nice to know that a character monologue from Wim Wenders' 1984 film Paris, Texas, was also a significant influence on the lyrics among other ideals like helplessness, depression, and escape from reality through a killing substance.

Religion is searched on this album, making it something of a space between secular and Christian music. On "I Still Haven't Found What I'm Looking For", Bono affirms his faith but sings of spiritual doubt which is relatable to many.

Same can be said of the song "Where the Streets Have No Name" in which it is relating to Heaven perhaps and then scattered imagery such as "Standing with the Sons of Cain""Jacob wrestled the angel", "Fire and Brimstone" and "Thorn twist in your side"being notable.

Producers Daniel Lanois and Brian Eno are the real masterminds behind the album as a whole. The band asked them to come back to produce the Joshua Tree after the success of their previous and underrated album, The Unforgettable Fire. Lanois pushed The Edge to a more full sound with his trademark guitars and the use of the "infinite guitar"created by Michael Brook, which allows an electric guitar note to be held with infinite sustain. When used correctly, the result is a continuous sustained note that can be used as is, or treated to create new sounds or emulate traditional instruments and was famously used on the track, "With or Without You". You know that distinct sound that is always mentioned in regards to U2? Well it was affirmed here with this album and it reached its peak of potential.

The band wanted the album to be ambient, atmospheric, as well as straightforward, focused and concise. Making a solid rock album with a beginning, middle, and end, The Joshua Tree was recorded and arranged brilliantly, and if it were not for the producers, plus engineering by Mark "Flood"Ellis, the result would not be anywhere near as elegant or complete.

To fill out the entire package is the wonderful photography of Anton Corbijin. Known for his work with acts like Depeche Mode, Joy Division, Bruce Springsteen, Tom Waits, and Bjork, his stark black and white pics are substantial to the overall imagery the band wanted to portray. More now so than ever, album artwork is an afterthought. However, Anton did fantastic here with a three-day traveling shoot around the Mojave Desert by bus, with the iconic cover image being a spontaneous find and 20 minutes of work.

The album was originally going to be titled The Desert Songs and The Two Americas, but the use and explanation of what a Joshua tree was gave them inspiration to immediately change the name to what we all now know. Anton later recounted that the main idea of the shoot was to juxtapose "man and environment, the Irish in America". Don McLeese of Chicago Sun-Times said: "The Joshua Tree takes its title from the tree that somehow survives in the desert, and much of its material suggests an attempt, within the aridity, to quench a profoundly spiritual thirst."

Here at the end though is the final part. The very last bit to say of this album. It's one of those pieces that becomes a part of you. In this instance, this one album is a part of me. I don't think it can be removed. To take it away would be to take away the best parts of my early life. Those fond memories that are now silent and with blurry images. Just like how you used to adjust antennas on a tv to make the picture clear, this album when being played makes those old times come back clear as day and I can remember again 32 years later,