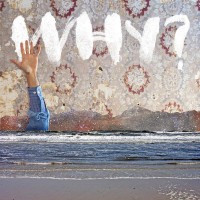 On 2012’s Mumps, Etc., WHY? leader Yoni Wolf talked about quitting his rap career. That’s a loaded claim. Calling WHY? a hip-hop group is a stretch as much as it is true. Sure, Wolf speaks in patterned verses, but there’s a lot more to mine from it than, say, the latest Big Sean record.

Yoni delivers on his promise with Moh Lhean aided by Josiah Wolf, Doug McDiarmid and Matt Meldon (plus a rotating crew). They sound like a unified indie band as opposed to previous efforts, which relied more heavily on Yoni Wolf’s distinctly nasal rhymes. His voice, still front and center, interacts with everything from child-like keyboards to chimes and flutes. It’s a pretty experiment with a dream-like quality to it (see the ending on “This Ole King.”) The music takes WHY? to new territory as a contrast to Mumps. The scattershot poetry bounces off delicate pianos and simple beats. Yoni Wolf’s emotions, while plenty gloomy, actually give the experience a brighter sensibility. “Easy” opens with a bleak, “I’ll go anywhere easy, New York or to the noose” but finds happiness in a chorus of, “But I’m with you…” A magnificent ode to someone he loves.

Or at least, that’s how it appears. Yoni Wolf has always had a knack for writing structured nonsense that still exudes earnestness, words with multiple purpose. Words like moh and lhean, which together are the name of the home studio the album was recorded in and nothing more. (At least to the listener.) But something internally reflective creeps out. On “One Mississippi,” he seems to acknowledge the oddity of his words. “My body knows more than I can form with my brain” and “I’ve got to submit to whatever it is in control” are haunting admissions. Abstract ideas of tangible thoughts are not new concepts. Animal Collective—arguably one of the band's most kindred spirits if they have any—have used similarly interesting vocabularies. Both benefit from the excellent musical performances, which without, can find words easy to trip on.

WHY? remains an ever-changing experiment. Moh Lhean pays off for the patient listener. With plenty to unpack and interpret lyrically and musically, every listen unveils a fresh morsel to savor (whether it’s the stomping in “Proactive Evaluation” or the meta nature of “George Washington.”) WHY? is unique in this way and many others and now they seem to be back on the right track.