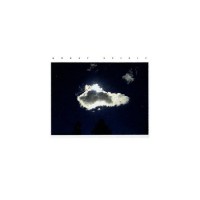 Skramz isn't dead, right? If you thought so, then take a step back and listen to Ghost Spirit and these seven songs. And then reconvene with all the naysayers who'll tell you why screamo/skreamz/post-hardcore yelling doesn't have a place anymore on the DIY circuit. As this self-titled will respond, they're wrong. Ghost Spirit is filled with the vibrance, passion and overall emotion that bands like Pianos Become The Teeth and The Saddest Landscape all harnessed. They feel like part of The Wave that's arguably gone, but still imprinted on us to this very day.

Tracks like "Cosmos" and "Weightless" are examples of how this record isn't your typical post-hardcore/screamo album. It's got hard, crushing riffs but also a vast array of eclectic guitars, which makes sense given that they're on Blue Swan Records. That's the label of Will Swan from Dance Gavin Dance, and if you know him, he's a fan of sick, progressive guitar-work, and an overall advocate for dynamic music. Jack Shirley produced and if you're familiar with him, you'd know he plays a big-part in Deafheaven's black-metal magic. That's reflected here on tracks such as "Distance" and "Reflections" -- which are more direct and true to the genre, meant for fans of old school Touche Amore and the such. Alex Bigman's vocals are the icing on the cake, bringing it home about how life's a tortured journey, which doesn't deserve to be kept in disquiet all the time.

Harley Poe: Lost and Losing It