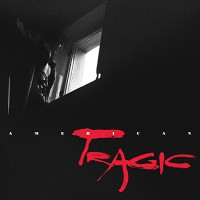 Hether Fortune is one of the most underrated creatives around at present. If you think Erica Freas (RVIVR) and Mish Way (White Lung) are frontwomen who rock, trust me, you want to take in Fortune. She's the driving force behind Wax Idols and on this album, she does everything except play drums. Her blend of '80s post-punk and dark goth-pop pays tribute to a wide array of bands from industrial legends, Nine Inch Nails, to New Order to the Cure. The 2013 sophomore effort Discipline Desire was the record that got me hooked, and it's a pleasant surprise in how much American Tragic surpasses it.

The gloomy post-punk here directly addresses what may well be Fortune's divorce, and in this honesty it sets itself further apart -- much more real and relatable than the 2013 record. This album feels painted with an intimate brush, in a bigger way, and as the title implies, it's focused a lot on suffering but overcoming in the end. Melodramatic tracks like the opener "A Violent Transgression" sets the stage for big things to come. "Glisten" has a Trent Reznor vibe to it, "Deborah" feels like homage to Robert Smith at his melancholic best, while songs like "Lonely You" and "Goodbye Baby" have a dark pop flavor to them that bands such as AFI recently tried to exploit. In the case of Wax Idols, it's artistic and very much, real.


This album ironically ends up being Wax Idols' most accessible album to date with a lot of tracks that can be described as lead songs. In nine tracks, you get slow burns and romantic deconstruction ("Severely Yours") that feel mined from the dark recesses of one's mind, and in fact, from the caverns of our very soul. It sucks I'm so late to the game because the freezing-cold veneer on American Tragic strikes an authoritative chord in the chest like Chrissie Hynde and Siouxsie Sioux do. This is a vulnerable and telling record that will be even harder to top the next time around. I can't wait to see what magic Collect Records work with them later down the line (and hopefully away from any Martin Shkreli controversy).