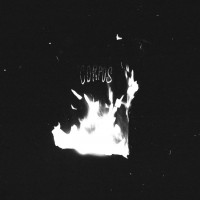 Show Me The Body

I’ve reviewed Show Me The Body before. Their 2016 debut was one of my favorite albums of the year and it was a refreshing splash of hardcore punk mixed with a bit of a hip hop flavor, so I was naturally excited for their sophomore effort, just under 9 months later. I don’t know what I was expecting from the band, but I can tell you that it was not Corpus I. This record is, in technical terms, batshit insane.

Corpus I kicks off with “Trash”, which is probably the record’s peak in accessibility. I noted in my last review of the band that they were showing signs of Death Grips influence; Corpus I shows the band going all out Death Grips and beyond to the point where the record becomes almost unlistenable. They waste no time in reaching the height of their sonic insanity either. Directly following “Trash”, “You thought what you saw was it”, shows the band experimenting with some sort of vocal effect which turns the vocals into a high pitched, unintelligible screeching”. As the track progresses, the extremity of this vocal hysteria is amped up to Captain Beefheart levels of comprehensibility.

Nothing quite tops “You thought what you saw was it” in difficulty, but that, by no means, means that Corpus I let's up, or even gives listeners a moment to catch their breath, as the it is immediately followed by the punch in the gut that is “Hungry”’s brutal, maniacal screams and unpredictably glitchy production.

“in A Grave” is another clear highlight, not just because it's somewhat “easy” on the ears, but because the aggression that shines through from guest vocalist, Moor Mother, really showcases the band's perfect punk/rap blend. I'm not one to designate things as having any sort of level of punkness, but this is the punkest thing I've heard in a long time. Though there are more conventionally punk tracks on this record from a sonic standpoint, which I will get into in greater detail later, the nature and thematics of “in A Grave”, designate it as the number I'd recommend a punk hesitant about giving Corpus I a shot.

The transition into “Taxi Hell”, from “in A Grave” is surprisingly smooth, considering that the former begins with a quiet acoustic guitar lick and the later is as aggressive as it is. That said, the reserved atmosphere of this track doesn't last long; “Taxi Hell”'s vocal performance doesn’t skip a beat from anything up to this point in terms of aggression. The clashing intensities of the instrumentation and the vocal performances create an eerie but tense atmosphere. But this long string of bangers is finally killed by “Just a Slither”: a track that creates a really cool and interesting mood through what sounds like the Windows error message sound effect over an upright bass, along with some other cool instrumental flourishes, but ultimately suffers from an obnoxious choice of voice for the delivery of the verses. I am well aware that this is yet another example of the band trying to push themselves to create presentational dynamism across the tracklist, at least as far as the vocals go, but this is an instance where it falls flat. But at the same time, I think that having a misstep like “Just a Slither” is a testament to the band’s adventurous nature when it comes to experimentation, and an album that succeeds in every way likely won’t push all too many boundaries. That said, this track’s instrumental is still fantastic.

“Stress” and “My Whole Family” are both more in line with Show Me The Body’s last full length, Body War, as far as their sonic stylings go and are enough to feed my appetite for that side of band. If you’re looking for some tracks that have more of a punk edge but still keep a foot in hip hop, I’d recommend checking out said album first, but if you’re coming from that last LP, this is probably going to the most familiar couple of tracks.

Many of the cuts after this really solidify Show Me The Body’s affectation with Death Grips and I could go into more detail with most of them, but the real highlight of the back end of Corpus I is its final two tracks. The first of these is “Why you lying”, which comes off, to me at least, as a piece of satirical mumble rap poking fun at fan culture. It’s slow, lifeless, apathetic, and seems to be a purposely unintellectual track, but it has some unidentifiable charm to it; I’ve mostly chalked this up to a satirical nature, but there is something genuinely enticing about “Why you lying”. This, however, is starkly contrasted by “Proud Boys”, the unprecedented hardcore punk closer. “Proud Boys” hits hard and is over fast but it’s as far as closers go, it’s about as pleasantly surprising as it is abrupt: a nice little treat for all you hardcore kids who just sat through an entire hip hop record.

Overall, Corpus I is unexpected, but succeeds on almost every level. It’s not strictly a punk record, but through even the cuts which give off a more outwardly hip hop vibe on surface level, there are punk influences interlaced throughout. If you’re looking for something a bit more boundary pushing or just a bit more extreme, don’t sleep on this record, or at least this band.