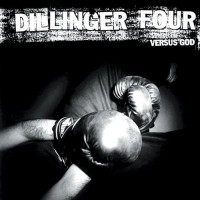 First off, this album is a masterpiece from beginning to end. It keeps you jamming out the entire time, through every sing along chorus and perfectly constructed verse and it makes you really think about certain things with its religious/political edge. This album is incredibly cohesive and definitely has an overall feel that is an awfully important to creating a great album. However, each song certainly deserves its own recognition since there is not one bad song. Each song is a BANGER. This review might be long, but its hard to capture everything great in a few sentences.

So right off the bat, this album starts with" Who Didn't Kill Bambi." The song kicks off with a bitchin' power chord followed by a brilliant sample. Top notch way to start off the record.

Track 2, "'Get Your Study Hall Out Of My Recess.'" kicks in and begins with yet again another great sample. It's one of the shorter songs on the album and has a great sing along chorus. Erik Funk definitely has me shouting "When the day comes!" and hopefully you too.

Next up, "Maximum Piss and Vinegar". It's definitely one of the more popular songs of theirs and it has every reason to be. The ending to this song is honestly something really great, when the vocals switch off between a quiter and a louder Erik and the rhythm sections is just grooving along. "The end was your creation" Great line.

"Last Communion" follows. This tune is definitely a big call out to religion and features my personal favorite Dillinger Four line of all time, "And we have chosen darkness to light." The ending gives you the option to either sing along with Erik or Paddy or both. Whatever you're into. Definitely one of my favorites.

Following that one is "Suckers Int. Has Gone Public", just on overall great song,

"Totally.Fucking.Gone.Song." I think the title pretty much speaks for itself.

Track 7, "Music Is None Of My Business", is a song about D4. The lyrics really speak for themselves here and its kind of an autobiography in a way.

"Define 'Learning Disorder'". This song is, after lots of consideration, my favorite song on the whole album and perhaps my favorite Dillinger Four song. Lines like "Aim so low that you can't miss your mark / And you played the part so long / And you forgot what you are." Definitely one to check out if you haven't heard a whole lot of this album.

Up next is the monster that is "Let Them Eat Thomas Paine". I say this because that riff just gets me. (you know what I'm talking about) This song really gets you singing, or should I say shouting, along. Favorite Paddy song of all time. With gang vocals like "DONT TREAD ON ME!" and "THIS ISN'T ME!" how can you not feel that emotion behind his voice. Definitely a BANGER in every sense of the word.

Next, "shiny things is good" is another great punk song, but you definitely should not skip over it.

Track 11, "J. Harris" is another great shorter song. Definitely one of my favorites. The instrumental part after the second chorus is one of the best one's I have ever heard. Very good to sing along to.

"Q. How Many Punks Does It Take To Change A Lightbulb" is a great punk song with a great chorus and melody and a little dissonance just to switch things up. Check it out.

The ender, "Wrecktheplacefantastic", is a great song. This song has some of my favorite lyrics and is the first song i listened to on this album (probably because of the name or something) and this song got me into this record. Really good chorus and verses.

I do not want to say any stand out songs since I urge you to listen to it all. There is not one bad song. This album is flawless. Period. I know thats a big word to throw around, but this album deserves that word and your listen.

Show Me The Body: Corpus I