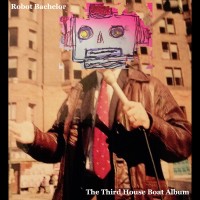 The title don’t lie, this very well could have been the third full length from House Boat. Grath Madden’s at it again, this time with Noelle Stolp (Rational Anthem) and Luke McNeill (The Copyrights, Hospital Job) handling bass and drums, respectively. House Boat fans will know exactly what they’re in for: twelve tracks about self-loathing, making mistakes, wanting to make out with unattainable girls and making mixtapes at 33.

Madden has said that McNeill penned one of the tracks, which is obviously “When You Give Up”, which sounds it was plucked from The Copyrights’ “Learn the Hard Way” sessions. The production is crisp and clean (it was recorded by McNeill) and certainly won’t let down anyone who considers themselves a fan of the talent involved.

The album doesn’t break any new ground, but Madden is writing some of the strongest songs of his career. Who knew sad stuff could ever sound this fun?

The Spirit of the Beehive: Pleasure Suck