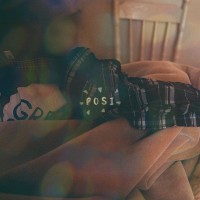 Good music can take you to a specific time and place. In punk rock especially, there’s a familiarity that extends through those repetitious four chords that instantly connects the genre’s past and present. I can still hear each of the regional scene’s influence that produced the foundations of punk rock from the bands formed in those regions today. Great Cynics’ new album POSI is a case study in just that.

POSI kicks off just as their prior two albums did with four drumstick clicks counting into the opening song. As soon as the jangly guitar riff comes dancing in for opener “Let Me Go Home,” it’s easy to close my eyes and imagine drifting away to another life having grown up in Great Cynic’s hometown Brighton learning about punk rock from The Clash rather than The Ramones. While referencing The Clash is a rather lazy comparison for a U.K. based band, the point underscores just how familiar the musical content from here out is.

The following track “Only In Memories” starts with a guitar line lifted right out of The Menzingers’ “Gates” taking me right back to my present day city Philadelphia. This is no coincidence as Great Cynics wrote this album in a South Philly basement and was produced by Joe Reinhart, guitar player for Philadelphia’s Hop Along. The same threads that connect bands like The Menzingers, The Flatliners, and The Smith Street Band stick out for Great Cynics as if the only differing ingredient was their hometown. POSI sounds like the current crop of Philadelphia punk bands dominating the scene today as if they had all been reared on The Clash rather than their respective scene’s regional founders.

Clocking in at just shy of 28 minutes, POSI is an excellent addition to Great Cynics catalogue and an incredibly fun album. Stand out tracks include the aforementioned openers, “Blue Roll and Duct Tape,” “Summer At Home,” and “Too Much.” The album’s sound throughout is consistent and if you’re into any of the aforementioned bands, you’re likely to enjoy this as well. Apparently, pop charmers about existential dread, boredom, and the quest for happiness makes for globally relatable content. After a few spins, you’ll be singing along in no time about borrowed Netflix accounts and needing the world to feel a little bigger.