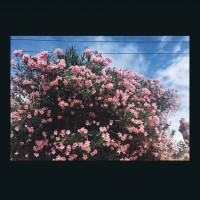 Australian Pop-Punk act Ceres comes out of the gate on Drag It Down On You with a short, acoustic ballad titled "Okay" that is interrupted mid sentence by a bass drum kick that gives way to the album's characteristic chip tuney guitars and overdrive-laden bass in "Happy in Your Head." It lets you know that this one is going to be different, it comes from the heart, and it isn't going to hide any of itself. Drag It Down on You has a recurring theme of subtle, subdued singing, meandering guitar melodies, and repetitious bass lines that give way to emotional climaxes where vocalist Tom Lanyon shows off his above average chops. When it comes to punk music, let's face it, vocal talent is often sub-par. Lanyon apparently didn't get this memo, as he is a pleasure to listen to the whole way through, showing off significant range --both in terms of breadth and dynamics-- and the ability to be emotionally evocative with his voice throughout the album. He is capable of creating both a gruff and scratchy and smooth and intimate vocal cadences, showing off the former in "'91, Your House" and the album's highly emotional and successful closer "Baby's Breath" and the latter in "Choke" and "Nothing on Your Shoulders." Lanyon is also successful as a lyricist on this album, with beige yet profound prose accompanying the highly emotional content of his songs as in "Choke," a song about a disarmingly intense love. Landon says, "I don't know what I would do if I got you in my bedroom / I'd probably choke on you."

Commendations must also go to guitarist Sean Callanan and bassist Grant Young, both of whom are present and consistent throughout the album, possessing a defined and identifiable sound throughout its entirety. Neither shows off anything particularly technically impressive, yet there are infectious lines from both like Young's opening bass line to "Happy in Your Head" and Callanan's the opening guitar melody in "Choke" and his distorted chords in "Spinning Wheel." The album starts off strong with the first three tracks of  "Happy in Your Head," "Roll Ur Eyes" and "'91, Your House" coming out of the gate as strong and infectious tunes. The album also ends incredibly strong with its last three tracks, "Loaf," "Del-Del," and "Baby's Breath" evoking some of the highest amount of emotion in the entire album. There is a slight lull in the middle with "Us," the only track that I am not in love with and "Nothing on Your Shoulders" the latter of which is not a bad track, but is a slow and subdued track that sets up the album's final act.

These four boys from down under produced a great pop-punk record with high-production quality, a grounded sound that has an identity, and intelligent lyrics with impressive musicianship from every member of the band.