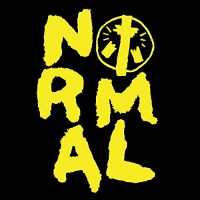 The Homeless Gospel Choir has always been one of the most compelling folk punk acts of the last few years. Singer songwriter, Derek Zanetti, caught my ear after 2014’s I Used To Be So Young with his clever lyrics and relatively dynamic instrumental arrangements (at least, as far as folk punk goes). He struck an interesting balance between retaining that undeniably folk punk aesthetic, and adding a strong punk edge in the production as well as his energy.

Normal seems to be a transitional moment The Homeless Gospel Choir; while the majority of the record revolves around the standard Homeless Gospel Choir sound, the main event seems to be the handful of tracks on which Zanetti tests the waters in louder instrumental arrangements. While standard drums, bass, and electric guitar arrangements have been utilized on other Homeless Gospel Choir tracks, they still seemed to retain a very stripped back feel. Normal, on the other hand, will often go straight up pop punk; its title track sounds like the Menzingers, but twenty years younger, and “1983” sounds like a b-side from the latest Anti-Flag project (and I wouldn’t be surprised to find that they had some involvement with the writing or production on this track, given its release on A-F Records, and Derek’s relationship with the band).

The more subdued tracks on Normal seem to be lacking some of the sharp lyrical wit that I’ve come to expect from the band. This record sees the Homeless Gospel Choir straying away from politics, for the most part, and taking more of an introspective approach to lyrics, the notable exception being “Everyone”. “Everyone” encapsulates everything I loved about the I Used To Be So Young, and it probably wouldn’t have felt too out of place in its tracklist. It uses a simple and easy to follow structure to deliver subtly cynical, but simultaneously well spoken lyrics over a dynamic arrangement of instruments, which helps to set apart the Homeless Gospel Choir from other generic contemporary folk punk acts.

“Depression” is the other lyrical highlight of Normal, and has the quality of self deprecating humor that you might expect from the likes of Jeff Rosenstock. Other than that, the lyrics on Normal aren’t bad by any means, but they fail to live up to the standard that Zanetti has set with his past efforts, and with the minimalism of The Homeless Gospel Choir’s instrumentation, the lyrics really have to take center stage. In turn, tracks like that don’t contain compelling lyrics or bombastic instrumentals, such as “6th Grade” and “Sometimes” feel a bit empty and unfinished, and grow stale with repeated listens.

Normal is definitely indicative of a new era of The Homeless Gospel Choir, and it’s too soon to say whether that’s for better or for worse, but this is a decent record, with a handful of great moments that you’ll definitely want to check out if you’re a fan of the band’s previous work.

Foo Fighters: The Colour and the Shape