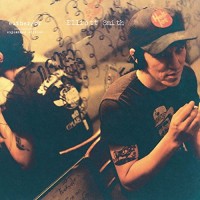 Elliott Smith holds a special place in my heart for many reasons. First and foremost is that his second full-length, Elliott Smith, was one of the first CDs my wife lent to me when we first started dating way back in the early aughts, in the same handful as CDs of Pedro The Lion’s It’s Hard to Find a Friend, Jets To Brazil’s Orange Rhyming Dictionary and the Promise Ring’s Very Emergency. There’s a reason we called her, sporting her short dyed black hair and 1” buttons, “emo chick.” Those four records in particular are entrenched in my personal history and will always be favorites, so believe me when I say that Smith’s third album, 1997’s Either/Or is my second favorite album by him. But, Either/Or will always be the closest of seconds for me, and a flawless, iconic album by any measure. It’s part of a trio of perfect albums with it’s follow up, the next year’s XO. being a gem as well. Either/Or was the album Gus Van Sant was so impressed by that much of this album ended up in Goodwill Hunting and put the introverted Smith onstage for an awkward Oscars performance.

Either/Or was a labor of love and he didn’t need to be releasing solo albums because he was already plenty busy and making some money of rock music. It’s hard to fathom that at this point his solo work was a still side project--Heatmiser was recording their final album in 1995, with Mic City Sons being released in 1996. The band assembled a studio in a rented house, with gear paid for by the band’s Virgin Records deal. I don’t know if Virgin knew that Smith was using stuff they paid for to record a solo album as well, but either way, this album benefited from him having quality gear at his fingertips, and the help of friends and producers Rob Schnapf and Tom Rothrock, who also produced Mic City Sons. In an interview for Tape Op magazine from the era (and pulled by yours truly from the expanded edition vinyl liner notes), Schnapf talks about how “it was fun conquering the limitations [of recording in a house], with the drums in the living room and guitars in the kitchen.”

Side A is hit after hit, with Smith’s hushed vocals competing often with loud drums (played by Smith as well), making for a record that can be played quietly on a Sunday morning, or loudly on a Saturday night. Single “Speed Trials” showed his new fans--gathered in the wake of this album and minor movie fame--how he could squeak out a melody in a whisper and still make it catchy as all get-out. He barely gets those sustained notes out of his throat in the chorus, singing ”It’s just a brieeeeeef smiiiiiile crossing your face / We’re running speeeeed triiiiials standing in place.” “Between the Bars” is one of the best of the record and his whole catalog, a tale of the effects of drinking on a relationship and how substances change people, with a chorus starting ”People you’ve been before / That you don’t want around anymore” and a frequent reiteration of enabling each other: “Drink up, baby.” It’s such a great song that an full instrumental orchestra version was arranged by Danny Elfman for Good Will Hunting. “Pictures of You” rollicks in a way Smith would perfect on XO and Figure 8, albums where he ever-so-slightly broke out of his shell.

Side B begins with “Rose Parade,” which twinkles with a happy chord progression, showing Smith’s subtle technique of laying acoustic guitars over each other to provide complimentary counter melodies to the vocals. Elliott Smith had long yearned of being a solely a solo artist, with Neil Gust of Heatmiser recalling Smith often saying that the band made him sound different than he wanted his songs to sound. This control-freak nature may have caused problems in a band dynamic, but worked perfectly in the realm of Either/Or’s sessions. So many great albums have been made by a sole genius with a vision, unwilling to compromise in any way, to the point of having to go at it completely alone as Smith did here by playing every instrument exactly how he wanted it played. A couple songs like “Punch and Judy” actually started as Heatmiser songs Smith wrote, later stealing them back for his solo work. “Angeles” is one of my favorite Smith melodies ever, and shows Smith’s technique of double-tracking vocals. He was always an outspoken Beatles fan, and double tracking vocals was common practice in the 60s (and still in certain genres today) and the recording technique works in a unique way by thickening up what otherwise could be a thin vocal timbre. ”Sugar, lip me up” is a line I’ve never understood, but by golly, it rocks hard when Smith croons it overtop of washy ride cymbal and popping snare, cracking the song open as it progresses. Beginning with a clearing of his throat, “Say Yes” brings the record to a close on another high point. It’s got a sing-songy melody of love and love lost: ”I’m in love with the world / Through the eyes of a girl / Who’s still around the morning after.” My band Outdoor Velour is in the process of recording a cover of this song with our own arrangement featuring piano with layered fuzzy guitars, and it is so satisfying to sing such blunt, relatable lyrics like ”It’s always wait and see / A happy day and then you pay / And feel like shit the morning after. Shameless self promotion over, and that’s the end of Either/Or as well.

A little bit about the expanded reissue: First of all, get it. If you don’t have this record, just go ahead and spend a little extra to get this 2017 double LP version. The remaster of the original album sounds amazing (and the whole package looks amazing to boot), and the bonus LP contains killer live versions of “Pictures of Me,” “Angeles” and “Rose Parade” on Side C that show that, despite being an introverted guy up on stage all alone, he could captivate a crowd. There are also live version of “My New Freedom,” a song from the era that never made a record, and “Some Song,” found only on the b-side of the “Needle in the Hay” 7”. Side D has studio outtakes, the first being “New Monkey,” which is definitely a obsessive fan track, being a companion piece to what is already a B-side from the posthumous New Moon collection. Either/Or session b-sides follow, and both “I Don’t Think I’m Ever Going to Figure It Out” and the complimentarily-titled “I Figured You Out” are fantastic. Last is an alternate version of “Bottle Up and Explode!” which appeared a year later on XO. This raw, fast, synth heavy version (a unique trait for an Elliott Smith song), with a ballpark-organ outro, is super fun. Oddly, the lyrics are completely different from the XO version despite sharing a title and basic musical structure.

Either/Or is a record that should be in the collection of any music fan, anyone who appreciates a well-written song because this might be the most perfect collection of songs Smith ever released. Just buy his whole discography, dammit, because we sadly aren’t getting any more. Elliott Smith newbies, start here and you’ll be convinced of his genius.