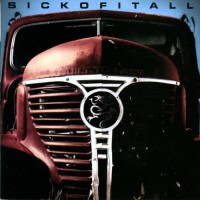 Few bands in the hardcore underground manage to cultivate the prolific body of work that New York’s Sick Of It All has. They’re the mainstay flagbearer’s of the NYHC sound and ethos. They’re blue-collar, hard-working, gritty elder statesmen who’ve managed to maintain their relevance over a now thirty-plus year career. Their fourth full-length, Built to Last, was to be their second and last on a major label. It was also one of the most complete and cohesive records in their catalog.

The monumental sing-alongs penned for Built to Last would follow Sick Of It All’s setlists to this very day. Be it “Us vs. Them,” “Built to Last,” or “Chip Away” Lou Koller perfected the art of the hardcore sing-along on this LP. And this was not be overlooked given their pedigree. The New York hardcore scene certainly had the grit and the guts on lock, but sensible melodies often eluded that sound. With Built to Last, Sick Of It All harnessed melodies in such a way as to create a newfound accessibility to the NYHC sound while also staying true to those grittier roots. Koller’s vocals on the record went a long way in legitimizing this balance.

“Burn ‘Em Down” and “Good Lookin’ Out” were the biggest standouts on the record, for me anyway. Both showed Pete’s great ability strum out grooving but aptly hardcore riffage to the heavy beats of Armand and Craig Ahead. Craig, in particular, shined on this record too. Slick bass lines aside, his spotlight on “Busted” made foran awesome nod to the thrashy hardcore sound that they all grew up on. That song too would find its way onto the SOIA setlist for some time, and was always a crowd favorite.

Thinking back on Built to Last, a bittersweet thought comes to mind about the mighty Sick Of It All. The record could very well be the band’s great albatross. While they managed to release six more full-lengths of original material since the 1997 LP, the band has struggled to offer a record of such complete impact. Their subsequent work certainly holds up to any standard of hardcore, it doesn’t quite hold up to the standard they set for themselves with Built to Last. But that curse also speaks to the timelessness of the record itself. Built to Last is just what the record’s title contends. It was a benchmark release for the genre, and a signal that major labels needed to get their ears to our underground. It’s the utterly Sick Of It All sound that people continue to love, and it’s a perfect introduction to New York hardcore.

Sleater-Kinney: Dig Me Out

At The Drive-In: El Gran Orgo