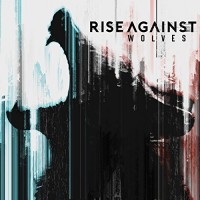 For as long as I’ve been listening to them, Rise Against has always been one of those bands that everyone likes retrospectively. To some extent I understand that; RPM10 remains one of my top ten records of all time, and most of the band’s recent output hasn’t quite lived up to the standards set by that album nor the albums directly preceding and succeeding it, but at the same time, it seems like Rise Against’s biggest crime is their refusal to evolve over time. Their music still consists of the same fiery vocal performances of eloquent political poetry over intricate basslines and, occasionally, that classic skatepunk drum beat. But the number of songs in which Rise Against employed a d-beat wasn’t what made their old albums so much better, and the band didn’t go through any sort of major softening after signing to a major label. Really the major discrepancy between the old Rise Against and the new is the consistency of their tracklists. The Rise Against formula is starting to shine through and reveal that most of their recent output is intended as fluff to fill a half hour of padding for their one big single. That said, there have always been a few quality deep cuts on even the most mediocre of Rise Against albums.

So where does that leave the band’s eighth studio album, Wolves? Well, given the recent trajectory of the band, it’s pretty much exactly what you would expect. Musically, Wolves is just generic enough to not distract from the lyrics, which are, as usual, pretty well written: nothing too qualitatively offensive. If there’s anything about this record that surprises me, it’s that the band keeps writing songs which appear to be attempting to appeal to the band’s audience from their Fat Wreck days. I’m not sure how much of that audience is still with them today, but I respect their commitment to stick to their roots with tracks like like “Welcome to the Breakdown” and “Bullshit”. I love the palpable energy of moments like these. The later contains some of the more interesting choices in songwriting on this record, but even so, it’s pretty tame in terms of artistic risks. While I wouldn’t say “Bullshit” is a full on ska song, it was unexpected, to say the least, that they would be brandishing any ska influence and it adds a nice bit of flair to the track.

Wolves’ title track is another one of its highlights with its slightly angular hook and passionate vocal execution, but there’s not much else to say about it, and that goes for most of this record. They’ve done away with the predictable acoustic closer, which I guess is a plus, but “Miracles” doesn’t fill that role much better than “People Live Here”.

This album doesn’t hurt my ears or anything, but it doesn’t really do much of anything for that matter. If you find yourself really gelling with this album, good on ya, but I’m just having a hard time getting all too excited about any of this. In summation, my thoughts on this record are “meh, maybe I’ll come back to ‘Bullshit’ every six months or so”.

Land of Talk / Half Waif: live in Allston