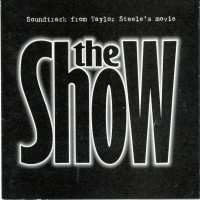 In 1997, American surfing videographer and filmmaker Taylor Steele released a surf film called The Show. Having no interest in surfing largely due to the fact that I live in a winter climate located several hours away from the nearest ocean, this meant nothing to me. However, I do remember seeing the soundtrack for the film advertised in a few skateboard magazines way back in the day, so it was always something I knew about but I never actually got my hands on a copy until I spotted a brand new, factory sealed version on Amazon for less than two bucks.

The Show soundtrack plays like an all-star lineup of 1990’s punk that could be shoved into a jukebox as a convenient playlist of hits. The track listing is probably the most lucrative ever assembled for this era: Rancid, NOFX, Blink-182, Decendents, Pennywise, Strung Out, No Use For A Name – the list goes on. Since many of the songs were unreleased at the time, it’s hard to think how Theologian Records could pull together so many heavy hitters from Epitaph and Fat Wreck Chords for a release seemingly unrelated to punk and more focused on surfing. Nevertheless, if you’re a fan of the usual suspects who broke big about 20 years ago then this is straight up your alley.

Besides boasting the who’s who lineup of modern punk, the compilation stands strong on other merits. The production value is solid and there are no jarring differences in the sonics from track to track. The flow of songs works well; there’s enough variation in playing styles and the few bands who aren’t as well known as the rest – like War Called Peace, Cheater or Pivit – are sprinkled out evenly. If I had to pick on a few negatives then I would point out the ending: “The Ocean” by Fluf closes out the record. While this might hold value in relation to surfing, the fact that the song follows “Teenage Suicide” by Unwritten Law remains a headscratcher for me. The artwork is also a little drab; an all-black jacket with a few underwater photos of a wave falls short in comparison to so many of the other compilations from this era that featured iconic covers and themes.

Without a doubt The Show is a time-capsule piece that can help complete the music collection of anyone into punk compilations from the 1990’s. While it may have ended up in the barrel of forgotten gems, it deserves to be dug out just in time for that summer road trip or skate session.