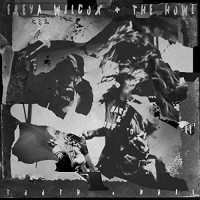 Freya Wilcox and The Howl

Freya Wilcox & The Howl are a band that should be talked about more. I'm not even understating it. They're the real deal. Throughout the last few years, Wilcox's voice is something I've been in awe of -- its smokey, soaring presence cracks and leaves you gutted with all the emotion she pours in. It's imperfect, raw and has that appeal as say, Frances Quinlan (Hop Along) or Laura Stevenson. Wilcox's though is more jagged and rusty but in a really good way. Tooth & Nail finds the band exploiting this like never before, while showing how they've grown as a sum of all their parts.

2013's Dirt Music hid more in the acoustic realm -- embedded with essence of blues and harmonica-driven country. They then roughed it up for Bareknuckle Love two years later and here, they stepped out the shadow more. It felt like Joan Jett meets RVIVR. This new album, however, ups the ante a notch without getting more aggressive. In fact, it's slightly faster and riff-ier but still very much a bunch of mid-tempo sprawls made for sunsets and bourbon. It commences with louder tracks like "Skin", and tempers down to "All In", which feels made for a Western-punk film. In a nutshell, head-tapping and foot-bobbing melodies to fight to at the salon. From here though, the dynamic shifts with the back-end draping itself more in acoustic starts which then explode mid-way or at the end. "Freightliner" is an example of this. The same applies for the soul-searing "Leaving" which takes a while to kick in but it quickly moves from slow burn to loud explosion, skirting around the pain before loudly torturing you with how relatable losing the love of your life really is.

They've always been about survival and the ensuing triumph amid all the weight in the world bearing down. This album is no different and with Wilcox howling at you on the mic using her grated voice, let's just say it feels real and connective. Tooth & Nail unabashed agony and a rallying cry to stand together and ensure life doesn't keep you down. Amazing work as always.