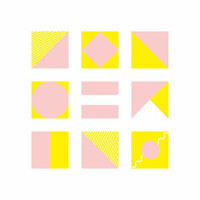 Of all the emo love letters that Football etc. have penned, Corner is the most emo of them all. Sappy, heart-breaking and a trip down memory lane for those who don't want to recount painful moments in their life. It continues in the vein of all their EPs and full-lengths prior, but this time they find themselves much more dialed back and creating an intimate space for fans of bands like Slingshot Dakota to swim in.

These slow burners can be found on tracks like "Space" and "I Believe" -- which if you're familiar with the band are exactly where you'd expect their third LP to head. Melodic, shimmery, slow-pickers all under the brutal honesty of vocalist, Lindsay Minton. When they amp it up (and by that, I mean mid-tempo at best) you gets songs like "Save" for those who love the likes of Annabel, Prawn, and a group you'll often hear them compared to in Rainer Maria. I played this record for a friend and he actually mentioned two other bands -- Run Forever and Brand New. The latter because of picky, ballad-esque jaunts like "Jesus" and "Okay I Don't Believe You..."


Not bad comparisons but what he points out is that it's emo that doesn't try to pave new ground in the indie/DIY realm as say, bands like The Hotelier. I could appreciate that because emo bands aren't purists as much these days. Football etc. however are. Case in point, "U20" which is all about that American Football tribute. I was actually listening to Audible last week and this album caught me by surprise... so better late than never. Corner is Football etc. at their best but still, nothing revolutionary. And that's okay. Not everything needs to change the game and this record wears this sentiment on its sleeve through warm, comforting jams for cold, rainy nights.

88 Fingers Louie: Thank You for Being a Friend