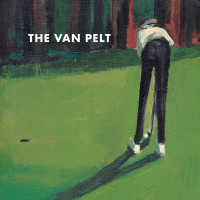 The Van Pelt were a great indie rock band who were often defined by their excellent minimal simplicity of guitars and vocals. Their style of music often blended between Indie rock and some bare minimum 90’s style Emo in slight traces.

Sultans of Sentiment was released back in 1997 on the Gern Blandsten label and just this year it’s been faithfully reissued from Spanish label La Castanya for those who came a bit late to the party. In all honestly, the band never got their due and that is a shame, but right now it is better than ever to dive in.

Being their second album, Sultans stood out in stark contrast to their more traditional sounding debut, Stealing from our Favorite Thieves. This time around, the band went with a more focused approach to the music with attention paid to the musicianship itself. In addition, the vocals of lead singer Chris Leo (formerly of Native Nod and brother of Ted Leo) were more restrained and sung in an almost speaking type of style (think Sue Tompkins from the similar sounding band Life Without Buildings or even Craig Finn of Hold Steady fame).

Each of the ten songs here represent quiet refrain from public outbursts of emotional drama. What speaks out instead is the music and the feeling that comes from each note plucked and strummed. “Nanzen Kills a Cat” is a great example of patience is a virtue because if you cannot grasp the sudden Lo-Fi rawness then the almost spoken wordings of Leo, then this probably will not be an easy journey. Still, you need to keep going for as long as you can with this one, it’s quite good.

When the songs seem to drag a bit too long there is sometimes a sudden change to the tone and with that a shift into more upbeat demeanor. “The Good, the Bad & the Blind” does this changeup near the end and as you will notice, a lot of the songs on this album tend to do this sorta thing which bring much needed dynamic feels. “Yamato (Where People Really Die)” has a style reminiscent of Pavement or perhaps Built to Spill and then the track “My Bouts with Pouncing” erupts at the end with shouting screams that overtake the listener and help the band express more in-depth triggers of personal pain and whatnot. That was refreshing honestly…

“The Young Alchemists” is perhaps the centerpiece of the album and should be one you use to showoff just how wonderful the band was. The guitars have a twinkly sound to them, but blend nicely with the vocals thus creating this atmospheric wall that is warm and moody, but with the most to digest.

“We Are the Heathens” is the catchiest song on the album and probably the other track you could mention for others to check out. The guitars are the hook and the rest of the band swell with huge amounts of talent that is not overstated. Brian Maryansky, who later joined Jets to Brazil is excellent here on guitar as is drummer Neil O'Brien and bassist Sean Greene.

Of the final two tracks, the song “Let's Make a List” has some of my favorite lyrics on the album.

As well, the closing track “Do the Lovers Still Meet at the Chiang Kai - Shek Memorial” is also potent with insightful meaning and a line like “Tonight it's coming out / It took one beer to throw these scars out” has an honesty that I couldn’t write myself.

I gotta end this review and there’s a feeling of what do you do now once you listen to an album such as this from so long ago? You kind of get left behind it feels like because you want more, but there really isn’t much to go for afterwards. The band did release an album of older material and reunited to play a few reunion shows, but for the most part, they are ghosts. Too many bands are ghosts that only just touched the ground with their toes. I guess you had to have been there…

Not much else to say about this. At the time of this writing, you can still pick up the reissues on the Van Pelt Bandcamp page. Supporting the artists is a good thing to do and it at least lets them know that they were appreciated.