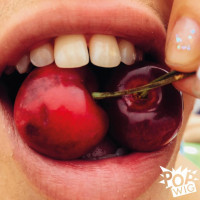 Trapped Under Ice was an interesting band back when they decided to go on hiatus, they were simultaneously loathed and adored by more than just a few people. While the reviews for their music were often positive, the comments sections in those reviews would often be filled with people who had something negative to say about them. When they decided to go on hiatus after the release of their second album, Big Kiss Goodnight, their members went to be a part of several different bands, most notably Turnstile and Angel Du$t, who seem to have found quite a bit of success. Now, Trapped Under Ice has roared back to life with the release of their first album since 2011.

Now that we are through that history lesson, let’s take a look at the actual record Heatwave. “Backstabbed”, the first song on the record, clocks under a minute and wastes absolutely no time, opening with vocals that are immediately in your face. It becomes immediately clear that this isn’t the same band from six years ago, but instead has a healthy amount of Angel Du$t and Turnstile’s DNA injected into it. This becomes especially clear on songs like “Do It” or “Pressure is On” which have the groovy rhythmic patterns of Turnstile, and whose lyrics sound like they could be used for an Angel Du$t song. While this revelation put many off, if you take a good hard look at the transformation of the band, it’s not shocking. In fact, some of these songs are refreshing.

Songs like “XL” or “Heatwave” mix vocalists Justice Tripp’s melodic vocals with his shout, which has mellowed from Trapped Under Ice’s previous efforts. These songs especially show how singing in Angel Du$t has effected Tripp’s vocal style. However, these songs are not quite like anything Angel Du$t has put out, and for the most part, don’t sound like anything any other band is putting out. Many bands play music which is rooted in NYHC like Trapped Under Ice’s previous records. With Heatwave this band has taken a step away from hardcore and instead elects to write what could only be described as a punk rock record inspired by hardcore.

Songs like “Throw it Away” and “Oblivion” still show that Trapped Under Ice can play those infectious in your face songs, with stellar guitar work and heavy beats. All-in-all, while I’m not sure this record is better than anything else in their discography, it’s still worth a listen, and only clocking in at fourteen minutes, it’s hits hard without asking for much of your time.

Manchester Orchestra: A Black Mile to the Surface