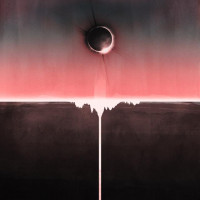 Scottish post-rockers Mogwai are a band that only be described as an experience. Their artform transcends the typical instrumentalists out there and it's mostly due to how much inspiration, emotion and dreams they pack into songs that while lacking vocals, have so much energy embedded. After they scored Atomic last year, I dove back into their discography and to be honest, it felt wrong being away from it for so long. With Every Country's Sun constructed while the band was secluded and recording in America during Donald Trump's election, bet your bottom dollar that this record, while not your typical Mogwai one, is one that's just as big a musical novel -- painting a million stories at the speed of light.

You can feel the duality here like never before. And for certain, it feels like an album that producer Dave Fridmann returns to work with the gents on in order to guide them to a modern era. Not like they needed it in any case. That said, you can sense the battles of love and war, life and politics, harmony and chaos, without the band doing or saying too much. I love how subtle these tracks are whether they're loud or melodically soothing, which safe to say, was expected. You can get the latter comforting vibe off the hymn-esque, synth-filled beats of the opening track "Coolverine" while the aforementioned explosions can be found on songs like the brazen "Old Poison" (which feels like a rocker of old) and "Crossing The Road Material". This track in particular feels like vintage Mogwai in how it lingers quietly before scaling melodic heights and sprawling forth like albums of the past.

One of the biggest curveballs comes early on too in the form of "Party In The Dark" where guitarist Stu Braithwaite drops some vocals to an unusual backdrop as if to indicate things aren't going to float on as you thought they would. It's a shimmery dream pop track made for fans of Beach House, Kite Party or Interpol. I'd love to see more of this given the band's experience and also, yeah, just because they're middle-aged dudes. Should have a nice balance to it because it reminds us Mogwai aren't here to break the wheel. They're simply steering it in a different direction.

As the title track wraps things up in resounding fashion, a lot of things come to mind. Mainly because it feels like an epiphany -- it feels like Mogwai are turning on the bright lights to illuminate these new roads in their careers. And why not, because they've definitely earned it! The right to do what they want and be unapologetic about it. If you're into Explosions in the Sky or Sigur Ros, then you'll appreciate this record as an epic novel and as a backdrop to the utter chaos we live in today. It has enough experimentation in it to throw off fans of old, but Every Country's Sun is a Mogwai album at heart. It's just marching to a different drum. It jars you like the Beasts of No Nation soundtrack but leaves you, as the title implies and wants, much more hopeful. Yes, mark my words, you'll be in a better place when the album ends.