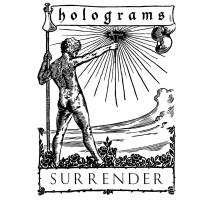 There was a Post-Punk revival that happened in the early part of the 2000’s. Often mixed with the whole Garage Rock revival thing at the same time, several bands with long hair, which people thought of as “new looking” and dirty clothes that were probably expensive, but they didn’t want you to know that, came about. Oh, and they often were a simple one word name with “The” stuck in front, but do not confuse them with the wonderful UK band The The.

I guess the total emergence that seemed to blend it all together was the Strokes and how they sorta came out of nowhere, like from the sewers of NYC where they recorded their debut album Is This It, which actually reminds me right now of the movie C.H.U.D..

And you know how it goes, time passes and people forget, bands break up, sophomore slumps, modeling or films with the moody looking guitar player, terrible electronic music gets introduced, etc. Anyway, yeah that all happened in that first decade of the new millennium, but there were some exceptions that should be mentioned. Boxer by The National is exceptional as well as Turn on the Bright Lights by Interpol and Bows Arrows by The Walkmen. Perhaps you could also toss in that first Bloc Party album if you would like. However, once past 2010 who cared?

Things settled down, which was good because the entire hubbub over what people thought of as “The next big thing” almost killed a blossoming idea. I honestly really liked the Post-Punk revival because it introduced me to the bands that came before in that genre. I despised the Garage Rock thing though and I thought that this one band called Jet were one of the most awful acts I have ever heard in my life. Regardless, it was cool and that was that.

Where are we are now?

There is an upswing in decent acts coming from oversees who are carrying the torch for Post-Punk and the music they are creating is harkening back to the more moody aspects of it. Iceage were an earlier one who sparked off a smaller second wave and right now, as I type this, a band called Holograms dethrones them.

2017 has been all over the place for good music, but for me, the Holograms third album Surrender is a serious contender for album of the year. This is quite an achievement because I took glances at their earlier material and they had a good sound and ferocity that was youthful and vigorous, but just not enough to get me to pay closer attention to that material. Moreover, I will be truthful and say that Surrender is the first album I have heard from the band.

A site I frequent for vinyl news (https://slyvinyl.com/) has a statement written by contributing Editor David Hampton that says:

“Holograms continue to hike through the canals of early 80s Goth and Post Punk, but their production techniques continue to expand to new and exciting heights.  The vocals are dead ringers for Pornography-era Robert Smith, but they lacerate the layers of rich guitar reverb and buzzing synths with the kind of studio finesse that was not around in 1983.”

I took that notion serious and heard the song “Shame” from the album, which has a music video to accompany it. First time I heard the band with virgin ears. Vocals come forth, they are not really that great I thought, but the pace, and throwback to perhaps something like early Gang of Four was dazzling. The drumming in particular was spectacular. Oh, and then the song ends with the same sounding chords as the song “Ceremony” by Joy Division/New Order. That right there got me hooked in the mouth, so I dug deeper.

Clocking just a bit over 40 minutes in length, Surrender is a treat to hear because it is so good and you do not expect it to be. Perhaps this is just my jaded way of thinking about today’s music, but I often doubt everything that’s new, which everyone should know by now as I’m a curmudgeon when it comes to new skool drool. But holy cow, this is awesome!

As for that Cure reference stated above, listen to the songs “Amor Fati” and “Simulacrum”. You would think that this is the Cure because it sounds so close to Robert Smith’s darkest side. I will not knock the band for doing that either. It is a changeup and it’s warranted here because they could not keep doing the same thing repeatedly.

The studio production is great and doesn’t overcompensate for lack of creativity as mentioned. Instrumental opener “I Begynnelsen” is all synths and not entirely on the level as something like the beauty of the Cures’ “Plainsong” or Joy Divisions’ “Atmosphere”, but its simplicity is welcoming and almost jarring because it is just about the most “out there” track on the entire album. It fits, and yet it does not…

“Ikaros” jumps off the opener with a chorus of swelling vocals dubs that feels like it could fill an arena. The Guitars blend well with the synths, but the drumming is a key figure here as well as on the rest of the album. It just sounds massive. This carries on to third track “Shame”, but also on more somber sounding numbers like “Any Day Now” which has a droning thud-thud sound before erupting into a full band explosion with bleeding guitars and thunderous bass. Sick track man.

I’ll declare the album highlight as track six “Hammarby Hill”. After hearing this the first time it made me stop what I was doing and just pay attention to it. It then stuck in my head for days and I was humming it to myself without knowing the words by heart. In a very weird way, it reminds me of David Gilmour when he was singing on Pink Floyd’s last album Division Bell, but crossed with Smith’s desperation and longing… Yikes!

Hyperbole can be a death note for an artist when it is just shameful promotion and doesn’t hold up, but when I take a chance on something new, and it really takes hold, I will spout praise as much as I can. This album is truly wonderful and I cannot recommend it enough.

Get in on this and dig it!

Burn: Do or Die