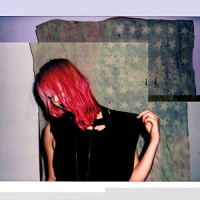 Recently, some friends and I were sitting around discussing who the powerhouse female vocalists of the alternative music scene were in the nineties. While we all threw out different names, the three we all found common ground on were Tori Amos, PJ Harvey, and Bjork. After further discussion about who could compare in the twenty-first century, one of the names the came up was Erika M. Anderson or EMA. I wasn’t super familiar with her material, so I checked out her most recent release, Exile in the Outer Ring. I must say I was pleasantly surprised.

The music combines elements of folk, noise, and pop which places it squarely between the two musical realms occupied by PJ Harvey and Bjork. Which is the true genius of the album, musically, while it’s based in the familiar worlds of pop and folk the experimental elements added make the music memorable in a way it otherwise wouldn’t be. In short, it utilized the experimental to make the familiar make your ears perk up a bit.

These two elements combine into a world of characters that while not existing in our world, help us gain a perspective of our world we otherwise may not have had. The music goes from jittery soft spoken synths to squelching and screaming bursts of noise, like Bjork’s more experimental side or a more subdued version of the two studio albums by Suicide.

All in all, this album is challenging but is able to draw you back in for more listens. While I’m not familiar with EMA’s earlier work, this album definitely has given me reason to go back and revisit it. While this album isn’t what most people would consider rock, it definitely challenges the listener and succeeds at creating a world for the characters that occupy these songs and making the listener feel like they’re there for the experience themselves.

Andrew Jackson Jihad: People Who Can Eat People Are The Luckiest People In The World

The Movielife: Cities In Search Of A Heart