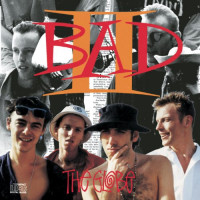 For the sake of this review, we will go ahead and refer to them as BAD, but technically, at this time they were going by the name Big Audio Dynamite II.

This the sixth album by the band and the second album made by their second incarnation with Mick Jones being the sole remaining member. This was around the early nineties (1990-1993 to be exact) and you can immediately hear the influence coming through from what was popular back then, specifically the use of sampling, electronics, and dance music.

The Globe is a unique album to say the least in a cliché way but it holds strong and isn’t too dated because the music is very catchy and can make you tap your feet and move to the beat. Mick Jones, while never being a great singer, does his best here and he performs on the tracks very well. The rest of the band is good too, but the use of the studio is more prominent so they almost feel written off because there is a lot of tinkering around with the instrumentals, a common trait with productions such as this.

You see this album was coming fresh off the heels of the Madchester* movement. Bands like The Happy Mondays, Inspiral Carpets, The Stone Roses, James, and 808 State had paved the way for a more groove oriented focus and the addition of dance music being mixed in with a more psychedelic approach. This was an evolution of the Manchester Punk movement and it was a huge hit.

When BAD made this album, they caught tale end of the Madchester “Baggy” sound that was going out with Brit-Pop, Shoegaze, and Grunge coming in quickly. BAD rode the waves for a short while and ended up scoring their biggest hit with the song “Rush” which went to #1 in the US.

“Rush” is an interesting track. It is the first on the album and sets the style down immediately because it is not like anything they had done before. The song has a similar feel to the other Jones classic, “Train in Vain”, but it carves its own path and became identifiable over time, still getting club plays and Sirius XM First Wave shout outs. The use of samples is interesting as well with the piano chords from The Who’s "Baba O ‘Riley” being a strong carrying piece. It is very reminiscent to the Detroit Techno/Chicago House scene with the use of pianos accompanying synths. Here though it’s put to good use. Other samples include the phrase “A Time to Laugh / A time to cry” from the hit song “Rappers Delight” by The Sugarhill Gang as well as some audio recordings of Peter Sellers talking about "rhythm and melody" which is quirky. The song’s mid-point breaks are sorta jarring but they add some interesting dynamics to the track making it special.

The Globe overall has a very nice feel to it. Second track “Can’t Wait” is a live recording with this version being put on the album. You get a chance to hear what they could do in a live setting and it sounds glorious. There are moments in live settings where a studio band can come alive and sound even more amazing than on recordings. I can say do that BAD does this well. It's no wonder U2 picked them to open shows on their infamous “Zoo TV Tour” tour back in 1992. Both bands changes in styles made for a good fit.

“The Globe” was the second single released and it samples Jones’s other notable song “Should I Stay or Should I Go” which I think is kind of lame in the same way as wearing a shirt of your own band at a gig. Lyrically the song is very dumb and sometimes makes no sense, but many pop songs are. Some such examples of Jones’s lyrical genius are:

“Come on and dim the lights / switch on the strobe”

Then there is this gem:

It’s almost like horrible rapping but I can ignore it because it’s harmless. Just like everything else here, it is all relatively harmless with a check your brain at the door environment. Moving along we have third single "Innocent Child", a more moody affair. This could have been good as a Jones solo single but in contrast to the rest of the album, it does not quite make the cut. Then there is "Green Grass", a driving, jangly guitar focused song that has a flowing dynamic and it is quite catchy. Personally, I find the track to be one of the best on the record and something I can drive around to or put on in the background. There is also some interesting vocal samples thrown in with an ambient tone towards the end that makes me recall Selected Ambient Works 85-92 by Aphex Twin as a quick comparison.

"Kool-Aid" is an interesting track and a slight reworked release from their previous album that went by the same name. The bleeps and bloops are fun, almost Acid House stylings and in the end, the track is perfect for a dance club. "I Don't Know" is similar in style but so is “In My Dreams”, another song with a more laid back and chilled vibe to it. There are slight tropical tones with some nice atmospheric electronics once again creating a tone that is carefree and admissible with everything else here. Dance music was really hitting hard then, so just keep that in mind.

“When the Time Comes” sounds like a Funkadelic throwaway track, but in regards to this album it just adds another layer. The vocals are a distorted mess and mixed in a weird robotic vocoder style that would make Peter Frampton laugh. Moreover, at the end we have closing track “The Tea Party”, the worst song on the album. I will not go into much detail, but I just do not like the choice of the female vocals. It’s like they got a sudden Pink Floyd inspiration in the studio and they thought, “Hey let’s get a lady to sing this part and we can up the orchestrations and end it with melodic dinosaur thumping and a trombone filler! Let’s get crazy with it! We’re artists!"

In conclusion, I really like this album. There is no perfection here but it is a unique experience and in regards to Mick Jones’s history of being in the Punk scene and one of the greatest bands of all time, I will give him credit where it’s due and a free pass. This was a decision made by him to change things up and the result is a charming bunch of songs with minor duds sprinkled in. Dig it…

(*See the movie 24 Hour Party People for a very in-depth look at Madchester as well as Tony Wilson and Factory Records.*)