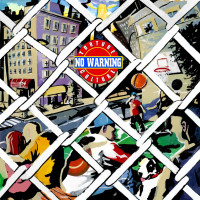 Several years ago I would not have believed someone telling me that Toronto’s No Warning would release a new full length LP, but low and behold, the day has come. Torture Culture is No Warning’s first LP since 2004’s Suffer, Survive, the latter of which alienated many of the bands early fans, many of whom accused the band of flirting a little bit too closely with the mainstream. Considering the rather luke-warm reception of Suffer, Survive it is no surprise that the anticipation regarding what musical direction No Warning would go with a new record would be very high. It turns out, the answer is rather simple; the sound of the band's new record falls somewhere in between Ill Blood and Suffer, Survive, and I mean that in the best way possible.

Torture Culture is by far the most traditionally metal sounding record in No Warning’s musical catalogue. The songs are not the straightforward mosh laden anthems from Ill Blood, nor do they have the pop hooks from Suffer, Survive. The production value of Torture Culture has a lot of reverb and absolutely draws from the thrash metal greats of the past such as Metallica, Exodus and Slayer. This thrash nod is likely in part thanks to the mastering effort of Joel Grind from metal band Toxic Holocaust. Regardless, I think the production sounds full and is well suited for the bands current progression.

The heart of No Warning has always been groove, and luckily for us that element remains in Torture Culture. While there are not as many blatant breakdowns as on past releases, the catchy and thick groove remains on essentially all of the songs present on this release. As opposed to being quick and to the point hardcore songs, the groove is used to accentuate longer songs and more rock and roll oriented verses. This method works well, and the best comparison I can make is a strange amalgamation of 1980’s thrash, New York Hardcore, and as interesting as it sounds, classic rock.

The classic rock influences come through the strongest in the interesting and diverse drumbeats, and the occasional melodic vocal croon. The singing that is present on Torture Culture is not as upfront and jarring as on Suffer, Survive. The clean vocals are delivered in more of an Ozzy Osbourne sort of way. It sounds strange, and to be fair, it is a little strange, but No Warning have managed to pull it off. The added melody was not initially my favorite part of the record, but it did not deter me from repeated listens either. The songs “Alleys of my mind”, and “Sanctuary” are great examples of this, the choruses include melodic verses that add a creepy and haunting element to the songs that falls somewhere between Type O Negative and Dio. These songs initially put me off a bit, but they have since grown on me.

For fans expecting Ill Blood 2.0, there may be some disappointment, but the vital heaviness of No Warning remains. Torture Culture comes off as a throwback attempt to progress from the place where Ill Blood initially left off. The members of the band have grown and matured, and so has the sound of No Warning. The record is a bit lengthy in parts, and some of the new elements take a bit of getting used to, but overall the record is a success. Torture Culture is a solid release from seasoned musicians, who have done a good job with progressing a sound from a band we all thought was put to rest over 10 years ago.