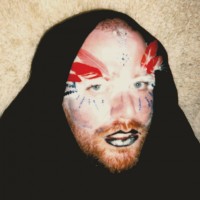 Sam Coffey and The Iron Lungs

Toronto's Sam Coffey & The Iron Lungs may well be a band fit more for your father than you. From Gates of Hell to this new self-titled, it's a very interesting take on '80s rock, glam and whatnot, from bands like Rolling Stones to Cheap Trick, but in terms of appealing to a younger demographic, well just think of the Frank Turner's and Rocky Votolato's power jams. In fact, I first thought this was a British band based on their style but what I ended up realizing as this sophomore record played out was that this band deals with a myriad of sounds in the most interesting way. Schizophrenic even, swinging from an old man who's still kicking after the party to someone with the fire of youth lit under their ass.

The Stones come alive on "Talk 2 Her" which feels like an homage to "Start Me Up" but the record then starts to bounce around after like it got jacked on Red Bull. From the '80s dance-vibe on "Voicemail" to the garage punk of "Pressure" (which ironically feel like countrymen Single Mothers or Metz), this record is all over the place. And in a good way. They switch from experimental to a more traditional style of punk at the drop of a hat, with shoutalong jams like "Teenage Release" chucked in for good measure. The end result with Sam Coffey & The Iron Lungs is something that got me digging back into their catalog to really find an act that wants to be fresh, unique and inspiring... and who's definitely succeeding at doing so.