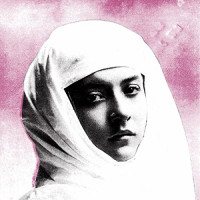 “Dread 2017 – 18” begins the second song on Protomartyr’s new album, Relatives in Descent. Protomatyr have never been the most positive band, but on their new album, they sound completely dejected. Apparently things don’t look to get any better next year either.

Never short on words, vocalist Joe Casey is worried about the future and uses his off kilter poetry to express this. “My Children,” for example, finds Casey singing, “Don’t lean on me, man, cause I ain’t got nothing to give…to my children.” On “The Chuckler,” he finds himself overwhelmed, “I guess I’ll keep on chuckling ‘til there’s no more breath in my lungs and it really doesn’t matter at all…ha ha.” “Male Plague,” reminiscent of Pissed Jeans’ Why Love Now, focuses on the ridiculousness of men complaining about how hard it is to be men. His monotonous baritone delivers these lines like a man over the edge. Anger is no longer necessary; he’s given up.

On an album this poetic it could be easy to miss the incredible musicianship. But not with a band like Protomartyr. Not on an album like Relatives in Descent. The musicians spar with Casey, wondering who’s going to come across darkest and boldest. Guitarist Greg Ahee makes “Windsom Hum” haunting and gives “Half Sister” a delicate but necessary touch. He changes patterns quickly, often at the discretion of the drums. And the drums! One listen to “Up the Tower,” and you’ll be forever enchanted by Alex Leonard’s grounded yet decadent use of his instrument. Bassist Scott Davidson follows his melancholy repetition. For Davidson’s showcase, check out “Corpses in Regalia.” Repetition plays a huge part on Relatives in Descent. You can find it in Casey’s phrasing (“She’s just trying to reach you,” “Pass on,” “Everything’s fine,” “Throw him out!”). It exists in Alex Leonard’s drums (“The Chuckler,” “A Private Understanding”). And it’s especially in Ahee’s guitars in order to achieve an eerie level of discomfort. Every performance here is a tour de force.

Relatives in Descent is a gloomy, menacing album, not for the listener looking for a good time. But from pointing out issues within their home city of Detroit to the disastrous place the world is in, Protomartyr are too smart to ignore the problems in the world. They are watching it burn and giving you their take in elaborate, intricate detail.