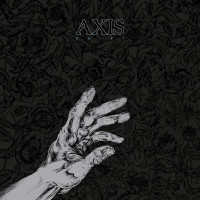 It's difficult for a band to exist even under perfect conditions - let alone thrive to produce something of note. But such is the case with Axis. In their seven year lifespan, these Florida natives have watched their band go through innumerable geographical and line-up changes - four of them in the vocal department. But despite these massive hurdles, on their sophomore LP Shift, Axis proves themselves unkillable and primed for a whole new level of aggressive, musical exploration.

Fans of the band will recall the group's early days when the Turmoil and Buried Alive comparisons were tossed around rather freely. But as members came and went, the core of the band - guitarists Pat Chumley, Dylan Downey, drummer Tommy Cantwell, and bassist Tyler Forsythe - distilled their union into something that went beyond run-of-the-mill metallic hardcore. By the mid-2000's, when looking for touchstone bands to help describe Axis' sound, suddenly Turmoil no longer seemed accurate. Names like Converge, Botch, and even Acme and Breach now made more sense.

Shift shows a significant maturation from 2015's Show Your Greed. And after last year's collaborative EP with Seraph the Light, Axis fans probably didn't know what to expect. Yes, Shift is a departure from the band's well-trod material, but it still manages to remain anchored to the core of Axis.

Of the twelve tracks, two of them ("Shift I" and "Shift II") are instrumentals that help to bookend the album with a melodious, atmospheric drone. But the meat of Shift lies in songs like "Fear and Impulse," "Consume," and "Soma," among others. These tunes are swarming with gigantic, bashing riffs and dissonant stabs of chaotic punctuation. Still, only two tracks break the five minute mark ("Solopsism" and "Parasitic Eye"), with most remaining at just under three minutes. Strangely enough, Shift's true departure is the two-and-a-half minute "Faith." Nestled between two full-bore destroyers, "Faith" finds Axis at their most experimental, channeling something akin to Failure. That isn't to say the song is out of place - it's just another, more diverse part of the organic whole.

The biggest change on Shift is the loss of seminal vocalist Rafael Morales (though he does contribute some backing vocals). Guitarist Dylan now does double-duty - no easy feat when considering the complexity of Axis' material. Dylan's voice is a bit more natural than Raph's, but this only serves to make the vocals hit harder. And though the entire band moves like a well-oiled organism, extra attention must be called to Tommy Cantwell's phenomenal drumming: it is precise, unrelenting, and seemingly inhuman.

Shift will go down as one of Axis' finest moments, of which heavy music fans can only hope there are many more. The band has truly come into their own. For those of you looking for a type of aggression and heaviness that is a bit off the beaten path, look no further than Shift.