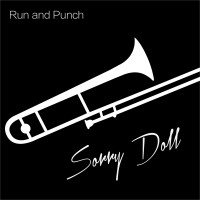 Run and Punch are a 6 piece ska-punk band from my newly adopted hometown of Chicago, IL.  Upon moving here, one of the things I wanted to do was get into the local scene and check out bands.  Run and Punch played at the Sandlot in Wrigleyville, and was the first local show I have seen since I moved.  They have been around since their inception in 2010, facing line up changes as any band does.

In any event, I previewed their EP prior to seeing the show, and I am glad I did.  Run and Punch reminds me of a bunch of different bands, which is exactly what I think they are going for.  Anne Rako, the bands lead vocalist, will garner obvious comparisons to Monique Powell from Save Ferris, but I hear more Pauline Black of The Selecter, as Anne is a lot more soulful in her delivery.  The musical influences shine from ska-punk tinged songs like "John Henry" sounding like 1 part Less Than Jake, one part Streetlight Manifesto.  Closing track "Dearly Departed" could have easily fit in the catalogue of Mustard Plug's material from the 90's, with the horns complimenting the chorus, while not over powering in the least.  The multiple vocals/gang vocals at the end will surely bring Spring Heeled Jack's song "Jolene" to memory.

The 4 song EP is a fantastic introduction to this band, and seeing them live was certainly a great experience.  The band was full of energy, stage presence, with Anne and bass player Anthony Johnson trading verses in the title track "Sorry Doll".  Chris Curtis, who manned the trumpet, also commanded the stage offering a lot of in between song banter and moments, while his partner in crime Katie DeAmico held down the lower end on the trombone.  Guitarist TR Bopp has obviously been raised on all the classic ska punk albums, as the upstrokes and downstroked distortion sounded as classic as any Suicide Machines early work.  Gordon Kratz keeps the beats, and is the perfect drummer for the style and sound of Run and Punch.

Black Irish Texas: The Good, the Bad and the Indifferent

Authority Zero: Broadcasting To The Nation