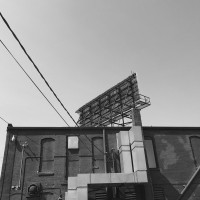 Unlike 2015’s debut EP from this grungy-hardcore Minneapolis trio, the actual recording of Come Around sounds very polished and clean. But don’t worry, the music is just as dirty as ever. With the longest track clocking in at a mere one minute and twenty-three seconds, CASUAL wastes no time in splitting the listener’s ears wide open. This sixteen song album consists of little bursts of angry energy performed with a passion that should remind you why you like this kind of music in the first place.

Come Around begins with one of the album’s weaker, muddier songs. Still, “Grip” is heavy and perfectly leads into “Fiver”, which picks up the tempo. This is common when listening to the album. Just about every track blends into the next, never really giving the listener a break. I am thankful for this. If I wanted a break, I’d listen to something else. The music of CASUAL is here to give you a kick in the face and it does just that.

The songs on Come Around are varied enough to keep the LP interesting, yet similar enough to get lost in the shuffle. Luckily, there are a few stand out moments. The title track for instance, which clocks in at a staggering minute and thirty seconds, is a complex, speed driven song that intertwines itself with the heavy breakdowns this band does so well. Other tracks like “One Time” are pure hardcore, fast paced bits of rage. These are reminiscent of early Black Flag and Minneapolis’ long defunct straight-edgers, Holding On. While other tunes, like “Remember It” and “Already Down”, are a bit more technical and slow. Think the Refused without all of the extra baggage. The album’s closing track, “Put the Reggie Down”, is basically a mixture of these two sounds.

Almost too varied at times, the incredibly short running time of Come Around keeps it from being a mess. This would seem all over the place if the songs were longer and I would argue that CASUAL needs to find one sound and just go with it. Yet, mixing traditional hardcore with heavier, technical breakdowns works well for these guys. They have apparently found their sound. The blended musical styles mixed with the sense of urgency, powerful vocals, and heavy guitars makes Come Around an extremely enjoyable listen.