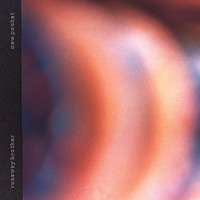 Honestly speaking, Ohio's Runaway Brother took way too long to drop this record. Ever since I heard Mother -- more so the poppy indie tracks like "Catch" and "Moth" -- I knew there was something more to them than your average melodic pop-punk band. In fact, they fit right in with the indie/emo/punk aesthetic so many bands on Tiny Engines were crafting in their trade three years ago (full disclosure: I'll be frank and admit this is a label which rarely misses for me and which I'm addicted to). Now, while Mother felt like something in between The Hotelier and Tiny Moving Parts, I have to say I like how Runaway Brother's progress has taken them into territory where they're a bit more mainstream. Does New Pocket really capitalize on this potential though? Well, not fully, but it's still a smart step forward.

They've done what I call 'The Front Bottoms' which is jump from indie to the other extreme -- something catchier, chiller and well, more accessible. That's not a bad thing but I feel like New Pocket isn't balanced enough. You've got a range of tracks like the dirtier/slightly aggressive "Conscience in Tumult" to the grunge-flavored ode to '90s music like "All Saints Day" and "Kissing" which feel like the band's exploring a fuller and bolder sound, but then when you compare these to songs mid-record like "No Fuzz", well, let's just say the mid-section falls a bit flat. The latter songs just don't live up to the rest and come off way too by-the-numbers.

Now, when you power through and weight the upbeat indie/emo jams like "Paws" and the piano-laced "Canopy Eyes", it's tough not to appreciate how diverse this record is. But in a sense, the album needs a better structure and perhaps some trimming of the fat. Were this shorter and punchier I could see it easily garnering a half-star extra. Nonetheless, from bouncy riffs to jazzy melodies to synth-driven and key-driven segments, there's a lot to take in. And oh yeah, they do get mathy along the way, harkening back to Mother, especially with the closer "Stolen" which feels like a track straight from it.

All in all, Runaway Brother continue to plug heart and soul here, expounding on love, life and the fears they all bring. Can't ask for more because that's all we can really handle when we encounter new pockets in the world today.