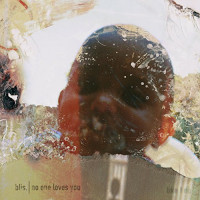 Blis. are a band I followed for some time now. 2015's Starting Fires In My Parents House was an emo album along the lines of The Hotelier or more so, It Looks Sad -- depressing and drawn out -- but still a solid listen. This time around, as you can immediately tell from vocalist Aaron Gossett, they've gone much more aggressive and honestly, it works wonders for No One Loves You.

"Dumb" and "Stale Smoke" signal this off the bat. I expected more twinkly jams but these are certainly rough cuts I'd usually affiliate with Sainthood Reps, Microwave or Balance and Composure. The left-field direction though comes most of all on "Old Man" -- which is way more spacey and atmospheric (something I'd associate with New Jersey's Gates) but this time, it's amplified even more with a surprisingly grunge essence. Later on, as per "Lost Boy" you do end up getting that It Looks Sad vibe once more, but it's around this point that the record sadly wanders off into boring emo-dreamy territory and embarks on a shift that takes away from the loud, fast and post-hardcore sound they were cultivating minutes ago.

All that aside, despite losing steam in the back-end, it's nice to see where Blis. is heading because it shows they're not afraid to gamble. In this case, it's a big one in the indie-rock arena but I can see it paying dividends soon.