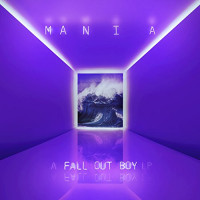 I resisted getting into Fall Out Boy at first because I knew that “real punks” weren’t supposed to listen to Fall Out Boy. But a few of their songs got into my head and my heart and I couldn’t resist them. I found myself trying to hate the music, but couldn’t help being irresistibly drawn to it. And then I found the little factoid that made me feel like this band and I had a bond that I couldn’t ignore: Patrick Stump and I share the exact same birthday. I don’t just mean that we were born on the same month and date. I have that with a lot of celebrities with that in common: Casey Kasem, Kate Pierson of the B-52’s, Ulysses S. Grant, etc. But Stump is the only celebrity I know who was born on the same day, month, and year as me. Honestly, I know it sounds silly, but that always struck me as fascinating. Every historic event I’ve experienced in my life I’ve done so from the same point in my life as Patrick Stump experienced it in his: presidential elections, national tragedies, all of them. I mean, it would be a little cooler if Stump was the primary songwriter of the band, but as we all know, Stump is mostly just the singer while Wentz writes the majority of the lyrics. So, agnostic as I am, I took my connection to Stump as a sign to stop resisting and embrace the fact that, yes, I actually like Fall Out Boy. And when I gave in, I came to realize that, as much as Fall Out Boy can be overproduced to the point of sounding like a boy band, their lyrics are actually excellent.

Something has felt off about Mania (or M A N I A, as it’s pretentiously written on the album cover) since the announcement of the album. The album was announced on Patrick and my birthday, April 27th, 2017, along with the release of a bizarre lead single, “Young and Menace.” “Young and Menace” sounded like the dance remix of a cat getting its tail stuck in a vacuum cleaner on first listen. It’s since grown on me, and I’ll get to that later, but it was a strange way for a formerly pop-punk band to introduce their new sound to the world. It’s abrasive, screechy, and just generally off-putting. The band then announced the release of the new album as September 15, 2017, but after putting out two singles, they pushed the release date back four months to January 19th, 2018, saying it felt “too rushed.” I get the impression that that’s a tactful way of saying that they figured out it was a train wreck and were desperately trying to salvage something from this house fire. January rolled around, and they finally put the album out, and again they fumbled the release, this time because digital platforms had the tracks listed in the wrong order, so those of us listening to the album digitally (which I presume is most of the audience for this EDM album) got to know the album in the wrong order. It’s like getting to know Rachel Dolezal and then realizing that she lied to you about being black and suddenly it’s a whole different person.

Okay, so after pretty much botching the release of the album, is the album actually any good? The short answer is: no. “Young and Menace” had me set my expectations very low because of how violently I hated that song when I first heard it. But it had started to grow on me by the time the album came out. It’s intricate, it’s complex, it’s challenging, but it’s an interesting post-modern mash up where the band is clearly in control and knows what they’re doing. But “Young and Menace” is like anchovies on pizza: it’s an acquired taste, and even those of us who do like it can understand why other people don’t. So upon warming up to “Young and Menace” I went in hoping to be pleasantly surprised. While the album has grown on me since my initial assessment of it (“Jesus Christ this is hot garbage!”) it still hasn’t gotten to the place where I would call it a good album.

Just to be clear, Fall Out Boy is no longer a pop-punk band as of this album. Maybe they will be in the future. I certainly hope so. But this album contains no punk whatsoever. They were already pulling towards a more pop sound on American Beauty/American Psycho, but there were still a couple bangers on that album. Mania is an EDM album, plain and simple. The opening track, “Stay Frosty Royal Milk Tea” adds in some punk rhythms of whatever instrument is being played in the foreground, but I would still call it an EDM or pop song rather than a punk song. By far the best song on the album is “Wilson (Expensive Mistakes)” which features some of the most clever and funny lyrics Fall Out Boy have ever put out, including the hook “I’ll stop wearing black when they make a darker color.” It also has a laid back dance vibe to it that keeps it from taking itself too seriously, which is a problem that almost every other song on this album has.

The core problem with Mania isn’t that it’s an EDM album, it’s that it loses all of the sense of fun, cleverness, joy, and whimsy that are so indicative of the Fall Out Boy catalogue. The band is so desperately trying to be taken seriously as true artists in their new genre, they forget to have any fun while making the music. “Champion” is a song that I think Wentz believes is more inspirational than it really is. “Church” is a song that I will admit has some good lyrics, but they’re put up against the most bland, boring music that FOB have put out since “Centuries,” which is saying something because “Centuries” was only mildly more entertaining than listening to one note played repeatedly for four minutes straight. “Heaven’s Gate” is Stump attempting to sing soul, which only serves to remind everyone except Stump of how white he is and how much he shouldn’t be singing soul. “Sunshine Riptide” brings in a Nigerian dancehall singer called Burna Boy, because apparently nobody you’ve ever heard of wanted to be on this album. Burna Boy’s parts are good, good enough to make me want to turn off this album and listen to one of his.

I don’t imagine that Fall Out Boy have walked away from this situation feeling like they’ve put out a quality album. At this point you have to pretend you’re proud of what you put out and try to polish the turd as much as you can to save face. Switching genres is a risky move and it can work out very well, like Dylan going electric or The Clash putting out London Calling, as controversial as those moves were. This is more akin to Billy Idol’s poorly-advised attempt to shift to electronic music on Cyberpunk, which received much the same critical reception that Mania is currently receiving. Hopefully Fall Out Boy will take the hint and get back to what they’re good at.