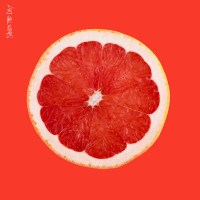 Saves The Day have released some material that rarely finds itself in my frequent listening selection. Without wading too deep into Saves The Day’s past missteps, I thought I would highlight a success that seems to have been quickly forgotten. That success being Saves The Day’s 2013 full length Saves The Day.

Saves The Day released their first self titled record in September of 2013, which was almost 5 years ago. Following Stay What You Are the band released several disappointing records in a row – In Reverie did have a few solid songs, but the record itself was far from the glory days of the band. Saves The Day matured and moved into more indie rock and power pop territory with each successive release, and the original feel that the band had created with their past material became lost. Their 2013 self-titled record managed to successfully intertwine the bands past punk rock nostalgia with the new direction of power pop and indie rock, and released it in an appealing citrus themed package.

The record itself boasts short and to the point songs that feature chorus lines that stick in your mind long after the record has finished. Saves The Day have pulled off a sound that is reminiscent of faster paced Weezer, mixed with the nasally croon of vocalist Chris Conley, and small sprinkling of the pop-punk roots of classic Saves The Day.

The record is packed with memorable tracks including poppy and up beat anthems like, “In The In Between” and “Xenophobic Blind Left Hook”, and more subdued rock ballads such as, “Supernova” and “Beyond All Of Time”. Both the upbeat pop and subdued rock work to keep the album fresh and lull free. 2013 trends (whatever those were), or fashionable style changes, do not bog down the album. It feels organic, like the celebrated Saves The Day of the late 90’s.

What really sets the record apart from much of the bands more recent catalogue of music is the success the current line up had of reinventing themselves with this self-titled effort. While the style of the band may have changed since their inception, the impact of Saves The Day remains as a shining star in the bands catalogue of records. The question as to whether or not this record came too late to revive the bands musical stagnation is still up for debate, as we continue to wait for a follow up. The album has aged well, and after 5 years, the record still feels relevant and fresh.