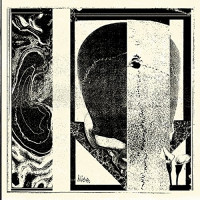 One of the most famous questions posed in This Is Spinal Tap has Nigel Tufnel pontificating, “There’s something about this that’s so black, and it’s like, how much more black could this be?” It’s an iconic scene because it speaks to bands in the metal scene at the time pushing the envelope in many ways to be the heaviest band out there - in style, aesthetic, and sound. Over the last couple years, heavy music has seen a resurgence with bands seemingly asking themselves, “How much more heavy could this be?” and then responding by releasing a record that redefines the boundaries by blurring the lines between the genres that make up the spectrum of heavy music. Hell To Pay’s debut album Bliss is in that same vein.

Hell To Pay are a Philadelphia-based band comprised of members from Jesus Piece and other hardcore contemporaries in the Pennsylvania scene. With Bliss the four scene vets have come together to release a relentless 30-minute assault that rips through the space between your eardrums hell bent on laying waste to whatever dares question it. Bliss contains the energy of a hardcore band, the spastic nature of grindcore, and the feel of death metal, but does not easily fit into any of those categories.

“Bite the hand that won’t fucking feed” is the first band produced sound with vocalist Calin Yenser kicking off opener “Starve” after some ambient noise followed by blast beats teetering on the edge of control. It sets the tone for the next half an hour. The album has Hell To Pay tackling the failures of institutions, the failures of humankind, and how this combined leads to the failures of individuals. Standout track “Thrive” has Yenser lamenting in rage, “the institutions designed to secure our freedoms / become ripe with the stench of greed / they reek of iron and rot / rise.” The near indecipherable vocals are similar to Converge’s Jacob Bannon on their aught’s run of albums.

It’s not just that the lyrical topics on Bliss are devastatingly heavy, it’s the entirety of the album – from scope of music to chosen samples. Bliss taps into all the best aspects of heavy music. The closing breakdown in minute-long “Smear” is sure to appeal to any fan of more straightforward hardcore. “Bleed to Me” shifts directions every 20 seconds from its groove-oriented beginning piling up in a car crash of its grindy midparts leading to escape in a droning breakdown. The relentlessness of similar albums can sometimes be a little extra for non-accustomed listeners to take in, but Bliss also offers interludes that include everything from warbly feedback, to political screeds and haunting white noise layered in seamlessly. This effect helps the album and provides necessary moments of relief.

How much more heavy could this album be? It’s unclear, but a good bet is Hell To Pay will continue pursuing that line of questioning in future releases.