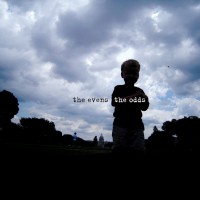 The last time we heard musical output from Ian MacKaye was as one half of the duo The Evens in their last release The Odds. Amy Farina, a D.C. scene veteran herself, comprised the rest of the band as drummer and co-vocalist, often supplying more lead vocals than MacKaye. The Evens combined a baritone guitar and jazzy drums fonder of playing on the offbeats than the downbeats creating a basement dwelling post-punk. This was music made for contemplative coffees in the early morning and the NPR crowd.

There was something unique about the feel of the The Odds. While their previous output was serious in nature and often covered some of the same topics MacKaye sang about in the past, there’s a lightness to this effort that wasn’t found on them. You almost sensed the fun Farina and MacKaye were having playing these songs in the recording. It felt as if they were competing with each other to create music they truly enjoyed. It didn’t come across as self-indulgent as it could’ve, but as two scene veterans creating music they would put on themselves in their middle age. In that sense, it was the most back to basics approach from The Evens that also defined the early ‘80s hardcore scene. “Architects Sleep” had Farina happily splashing burst of drum fills in between simply strummed power-chords. “This Other Thing” had a funk-based breakdown throughout the song.

The humor was most noticeable in “Competing With The Till,” with its jazzy interludes and lounge-styled chorus. Even the song topic was a lighter take on contemplation of the pre-show ritual and the nature of commerce in concerts. This is not to say the entire album doesn’t make serious points. In fact, it took on weighty topics like the prison industrial complex, the self-destructive nature of capitalism, and the persistence of time. After all, this is an album MacKaye was part of.

Coming six years after the release of The Evens’ previous album, The Odds was a release not of album-cycle necessity or a demand to remain relevant, it was a release of two musicians and activists exploring the joy in releasing music again. It’s unknown whether this is the last release for The Evens, but if it that is the case, long time MacKaye and Farina fans should listen for the joy in it.

Fugazi: In On the Kill Taker

The Evens: Get Evens