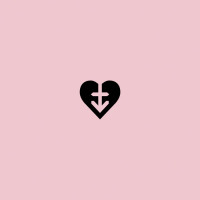 Confession time - I really don’t think I gave Nervus’ debut Permanent Rainbow enough time to really appreciate it fully. I was at least partially aware of this at the time, but it’s only now I realise the extent of my mistake. The reason I say this is twofold - firstly, because I listened to it ahead of giving this new record a go and was simply struck by its quality, and secondly, because anyone who can make a record as well-written and mature as this sophomore effort warrants a closer look whatever the circumstances, frankly.

If you’re not aware of them, Nervus are a Watford (just North of London)-based punk band, made up of Paul Etienne on keys/vocals, Karl Woods on bass, Jack Kenny on drums and frontwoman Em Foster on guitar and lead vocals. Foster came out as a trans woman in 2016 - I mention this not because it’s noteworthy in and of itself, but because this fact is decidedly pertinent to some of the lyrical content of the record. Album opener “Congratulations” for example begins with an observation about your room being painted before you’re born “the colour you’ll prefer when you exist” delivered with a poignant degree of irony.

The themes of being pigeonholed and the feeling of subsequent disenfranchisement continue throughout the album. But I’m conscious that statement alongside the album title could give the impression that this is a grim, bleak indictment of modern life and being defined increasingly by your marketing demographic - but this really isn’t the case at all. After the first track, the album then launches into “Nobody Loses All the Time”: an optimistic title that is reflected in the feel of the track. It’s bouncy, breezy and there are moments when the mask slips and you can sense Foster’s ska-band roots, even. (It would be remiss to not point out the passing resemblance to Alkaline Trio at times, although this doesn’t really tell the full story.) On album mid-point “It Follows”, Foster tells of how she “hit the floor so hard, the air left both my lungs; I might be on my back, at least I’m looking up” and I’d say that this lyric is typical of the record. Honest, addressing challenges, but with a wry smile on its face throughout.

Now, I’m not normally big on keyed instruments in punk if truth be told, but Paul Etienne’s work on this record is absolutely essential. It provides a great deal of depth and gives the record a really lush, considered feel to it. That the keys in question are primarily piano as opposed to anything overtly synthesised adds a maturity to it that is frankly beyond the band’s years, and when juxtaposed with the exuberant tone of the rest of the band - it just works. At times, Foster’s guitar tone is pure Hello Rockview as well, for those who have had their interest piqued by the mention of ska earlier...

Foster was involved in the production as well - alongside Bob Cooper (Citizen, Kamikaze Girls) and between them they’ve done a superb job. The record feels really alive and varied, whilst still retaining a DIY feel at its heart. It manages to span from fizzing, excited punk all the way to towering late 90’s alt-rock - sometimes within the same song. It’s worth pointing out that band look and feel like they’ve found their perfect home on Big Scary Monsters as well. Alongside stablemates such as Tiny Moving Parts, Jamie Lenman and Sorority Noise (recent allegations notwithstanding), there’s a rich vein of really intelligent, interesting music coming out of there at the moment and Nervus deserve to be very much up with the biggest names on BSM’s roster on the strength of this record, to my mind.

The album clocks in at 10 tracks and 37 minutes in total - and by the end of closer “Fall Apart” (a piano-led metaphorical lament - again, infused with optimism that the title doesn’t necessarily imply) I regularly find myself hitting Play and starting again from Track 1. This really is a superb display of songwriting throughout - and from such a young band is all the more impressive. Nervus have become an incredibly exciting prospect and given that 2 records in, they’ve got 2 corkers under their belt, we could be in the early stages of something special here.

The Bombpops/Murderland: Live In Los Angeles