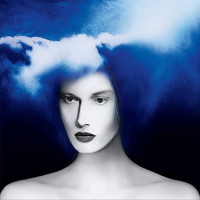 Boarding House Reach is the schizophrenic, free associative new album from the Willy Wonka of vinyl. Jack White has certainly earned license to do whatever he pleases after carefully building his empire over the last 20 years and cranking out plenty of timeless classics. However, Boarding House Reach lacks the aesthetic cohesion of even his most recent work and occasionally careens completely off the rails.

“Connected by Love[‘s]” intro with wavering synths signal that there’s going to be some new sonic explorations on this collection of songs. Lyrically, the song is a continuation of “Love Interruption” and “Would You Fight for My Love?” but ultimately comes off as a tepid retread despite a sprightly organ and soulful female backing chorus. A drunk organ and Spartan percussion accompanies subsequent track “Why Walk a Dog?” where Jack curiously ponders the pragmatic considerations of canine ownership, a conceit that in the past may have come across as clever but here frankly sounds goofy. “Respect Commander” has a song shoehorned in between two 808 instrumental throwbacks to an alternate reality of late 1980s hip hop. “Get in the Mind Shaft” starts with a spoken word contribution to White’s own self mythologizing as he finds a piano in an abandoned house and serendipitously discovers how to create a chord. However, from there, the track veers into a vocoder voice effect over farting synths and meanders to nowhere as White encourages us to “climb inside.”

The real nightmare track that falls completely flat is “Ice Station Zebra.” This monstrosity features some truly atrocious rapping from White that sounds like my dad got a hold on the Bluetooth Karaoke mike after a few too many Bud Lights and is trying to do a Run DMC cover. However, the song does reveal how White has arrived into this personality disorder of an album as he admits, “I live in a vacuum.” Truly, the self-indulgence of Boarding House Reach could only have been arrived at by an artist with nothing to lose, nothing to prove, and free reign over endless studio time.

Not every experimentation results in complete disaster. “Corporation” recalls Bill Wither’s “Use Me” with fuzzy guitar accentuated by scattering bongos. However, the best sloganeering White can conjure to accompany this groove is as follows: “I’m thinking about starting a corporation / Who’s with me? / Nowadays, that’s how you get adulation.” “Hypermisophoniac” marries barroom pianos to a seasick synth line buttressed by Parliamentary bouncing bass and some howling guitar shredding. Again though, the lyrics are a half-baked outlaw tirade that register as lazy. “Over and Over and Over” is a more conventional Zeppelin-esque attack that successfully cycles into a drum machine breakbeat and a wild synth guitar interlude that recalls “Icky Thump” as White finally unloads his stress as the “Sisphyean dreamer” with the weight of the world on his shoulders.

Jack White’s strength is when he decides to unleash his maniacal guitar solos that recall his anarchic Detroit forebears the MC5 and the Stooges. Both “Corporation” and “Hypermisophoniac” boast some interesting guitar pyrotechnics and remind what an indomitable axe swinger White can be. During the actual song portion of “Respect Commander,” White accompanies his lyrical scatting with some incendiary guitar fireworks that nearly redeem the entire song.

The entire album is an attempt to bring anachronistic influences into a daring fusion. This type of musical hybrid was very successfully done by Outkast on Stankonia with “B.O.B.” However, White’s compositions occasionally suffer from contrasting elements that conjure more confusion than excitement. There are flashes of brilliance throughout Boarding House Reach and if this kind of workshopping is necessary for White’s musical evolution, it’ll hopefully be worth the risk with future endeavors.