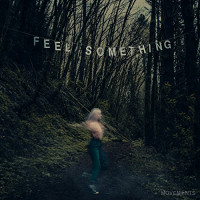 Don't knock me for still keeping tabs on Fearless Records. The last time I remember really being super-interested in one of their signings was Tonight Alive, but come 2017 this changed with Movements. I had the opportunity to see them and missed it but I don't think I'd have appreciated things as much because I hadn't absorbed their stuff properly. Well, after finally listening to Feel Something, I really do hope to catch them this year because in terms of emo-grunge, they're definitely a band to keep an eye on and one that, while there are minor flaws and rough edges to iron out, I think will make huge waves.

Acts like Balance and Composure and Microwave pop to mind in comparison, and rightfully so, because as gritty and edgy (and yes, depressed) as they sound, Movements do have a nice pop flavor to them. Hence, the label right? Well, whatever your taste, songs like "Daylily" and "Colorblind" offer their most accessible points -- melodic, alt.-friendly tunes that are comforting, while reminding you that we can't run from loss, love and life on the whole. In fact, the entire album is themed around permanent scars, especially on the emotional scale. This is perfectly reiterated by the time "Third Degree" rolls around, where it's like you're listening to Citizen.

The thing is though, every song feels so different musically. "Deep Red" has that Can't Swim '90s vibe to it while "Suffer Through" resonates like a We Were Promised Jetpack burner. And if you think this takes away from their emo nature... well, wrong! Acoustics, spoken word and the whole nine are littered about as well to really leave you wondering why this band's not being talked of more. Truth be told, I fully expect this to change in 2018 because I can see a lot of people feeling a lot of things, good things, riding the wave of this album.

Hop Along: Bark Your Head Off, Dog